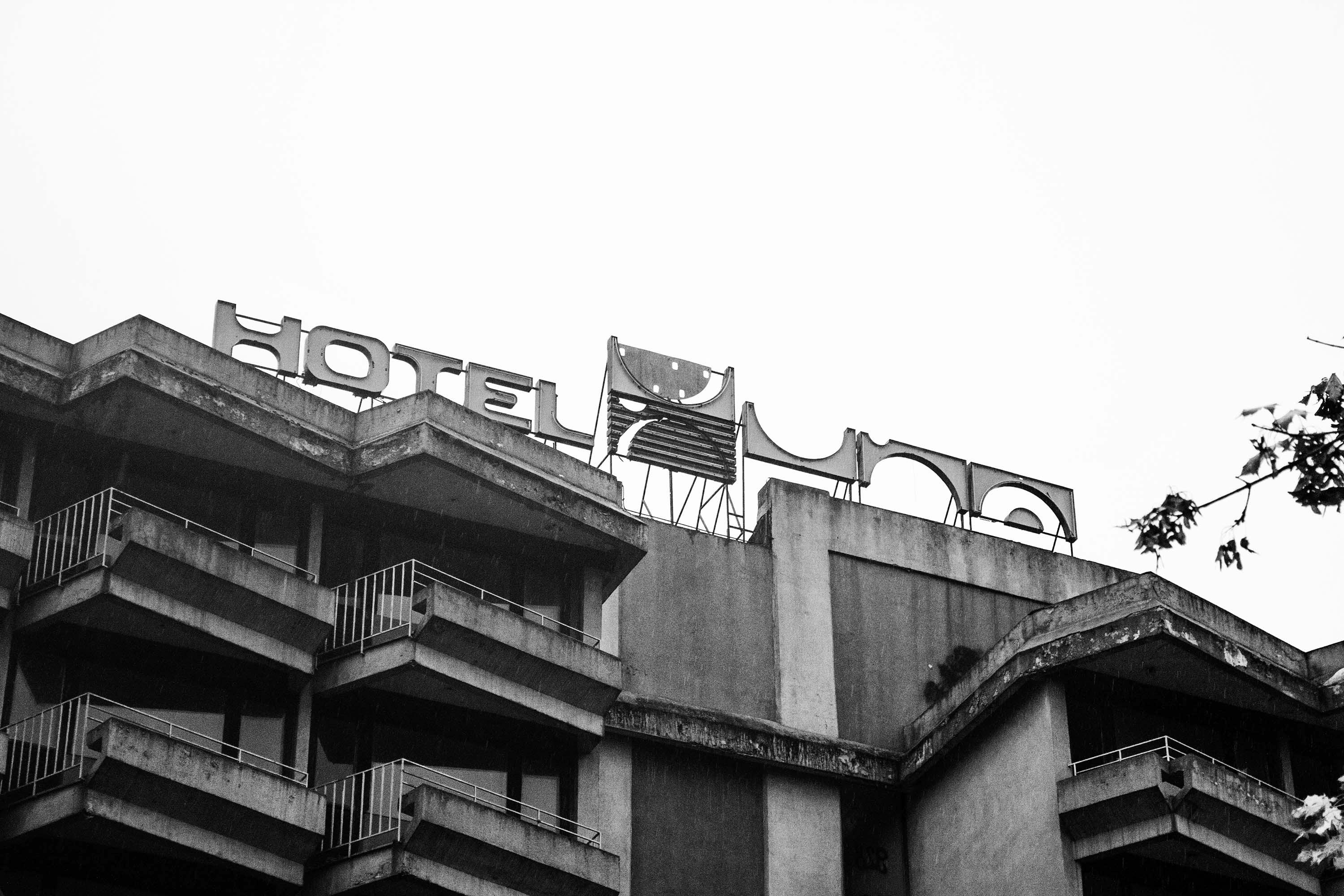 From May to August 1992, the Una Hotel was used by the VRS as a detention facility for Bosniaks and Croats from Novi Grad/Bosanski Novi i the surrounding municipalities. The conditions were harsh, prisoners were kept in a 15m2 room without windows or toilet facilities. In addition to daily abuse, humiliation and beatings, more than ten prisoners were killed at the Una Hotel.