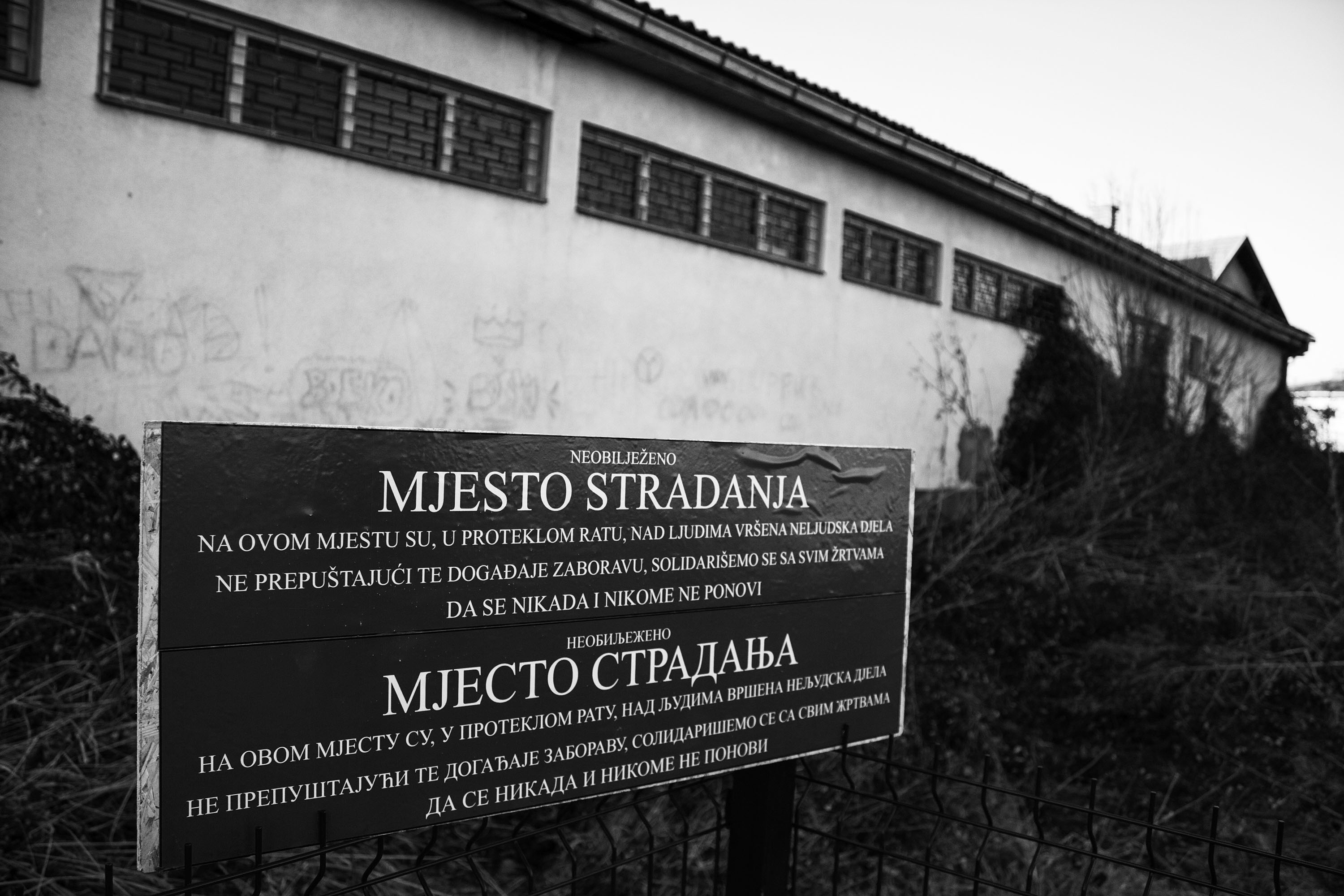 
Warehouse and stadium in Crkvina

The warehouse and stadium in Crkvina near Šamac were used in 1992 sites of detention for Croat and Bosniak civilians from Šamac. They were controlled by Serb paramilitary formations, the police and VRS. The prisoners were abused and beaten daily, and in the night of 7 May 1992, 16 prisoners were killed.

Area that victims came from: Šamac and Posavina

The ICTY Trial Chamber pronounced judgements convicting a number of individuals for crimes committed in Bosanski Šamac. Stevan Todorović, the Chief of Police and member of the Serb Crisis Staff in Bosanski Šamac, was sentenced to ten years in prison for crimes against humanity; Blagoje Simić, president of the SDS Municipal Committee and president of the Serb Crisis Staff (later renamed the War Presidency) in the Bosanski Šamac Municipality, was sentenced to 15 years in prison for persecutions through unlawful arrest and detention of Muslim and Croat civilians; Miroslav Tadić, Assistant Commander for Logistics with the 4th Detachment, Commander of the Civilian Protection Staff, ex officio member of the Crisis Staff and authorised member of the Exchange Commission in Bosanski Šamac, was sentenced to 8 years in prison for persecution through deportation and forcible transfer; Simo Zarić, Assistant Commander for Intelligence, Reconnaissance, Morale and Information in the 4th Detachment, Chief of National Security in Bosanski Šamac and Deputy to the President of the Civilian Council in Odžak, was sentenced to 8 years in prison for persecutions based upon cruel and inhumane treatment including beatings, torture, and confinement under inhumane conditions.
The trial against Slobodan Miljković was concluded before he was transferred to the International Tribunal. Slobodan Miljković known as Lugar, Commander of the ‘Grey Wolves’, was the first accused on the so-called ‘Šamac indictment’, but he was killed in Kragujevac.
The ICTY Trial Chamber pronounced its judgement convicting Milan Simić of crimes against humanity and sentencing him to 5 years in prison. From May 1992 to June 1993, Simić was a member of the Crisis Staff and president of the Bosanski Šamac Municipal Assembly.
War crimes in Bosanski Šamac were also part of the indictments and ICTY judgements in the cases of Radovan Karadžić, Ratko Mladić, Vojislav Šešelj, Biljana Plavšić, Momčilo Krajišnik, Mićo Stanišić, Slobodan Milošević, Jovica Stanišić, and Franko Simatović.