Down the River Bosna vol.2 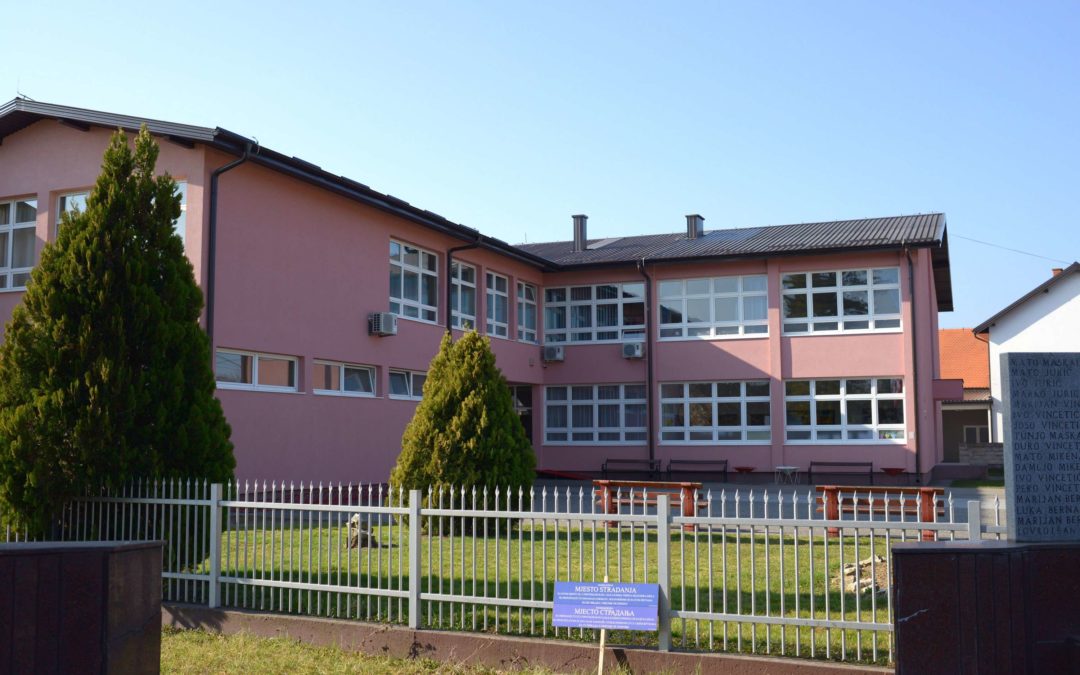 In the previous action we marked sites of suffering in local communities along the Bosna river, and this time we continued our marking activities in Doboj and in the Posavina Canton, in Orašje and Odžak.

Down the Bosna River

This action follows up on our activities in the area of Doboj where we marked the Iron Bridge in our previous action.

This time, we marked a site of suffering at the very entrance to the city, next to where the Usora river flows into the Bosna river.

What was once “Perčin disko” (a discotheque) is today a dilapidated three-storey building next to a car wash. In 1992, it had served as a site of detention for Bosniaks and Croats from the Doboj area. The prisoners were subjected to inhumane conditions, abuse and beatings. Because of the proximity of the front lines between the warring sides at the confluence of the Usora river into Bosna, the prisoners were also taken to the front lines for forced labour and used as a living shield. Unfortunately, at least 17 prisoners were killed as a result of this.

The next site of suffering we marked is located in the Ševarlije settlement to the south of Doboj. The former Yugoslav National Army barracks and warehouse are now in ruins, but during the war they were used as a site of detention for Bosniaks and Croats.

The detention facilities in the Doboj area were run by units of the Army of Republika Srpska, members of CSB Doboj and members of paramilitary units active in the area. None of the members of these formations have been held accountable for the crimes committed in this area, but there is a war crimes trial under way before the Court of BiH where representatives of wartime authorities in the Doboj area have been indicted under the doctrine of command responsibility.

After Doboj, we continued on towards Modriča where we met with Vlado Dragojlović from the local prison camp survivors’ association and told him about our mission and what the initiative to mark unmarked sites of suffering has achieved to date. Vlado shared with us his difficult life story that you can view at the end of this text.

We continued our action in the Posavina Canton, in Orašje, a border town on the Sava river. In the summer of 1992, at the height of the battle for Bosnian Posavina, the primary school in the Donja Mahala suburb was used by units of the Croat Defence Council as a site of detention for Serbs from the Posavina area. The prisoners were subjected to inhumane conditions, beatings, interrogations and forced labour. A trial under the command responsibility doctrine concerning the crimes committed at this site is currently under way before the Court of BiH.

In Odžak, in the western portion of the territorially bifurcated Posavina Canton, we marked the buildings of the Strolit foundry and the school building of what used to be the Bratstvo i jedinstvo [Brotherhood and Unity] Primary School, which is today called after Vladimir Nazor.

From May 1992 to July 1992, the Strolit foundry was used as a site of detention for multiple hundreds of Serbs.

The Vladimir Nazor Primary School in Odžak was used as a detention site for some 700 Serb men, women and children.

Both sites were run by the HVO Military Police and the prisoners were subjected to forced detention, forced labour, inhumane conditions, and interrogations and abuse. 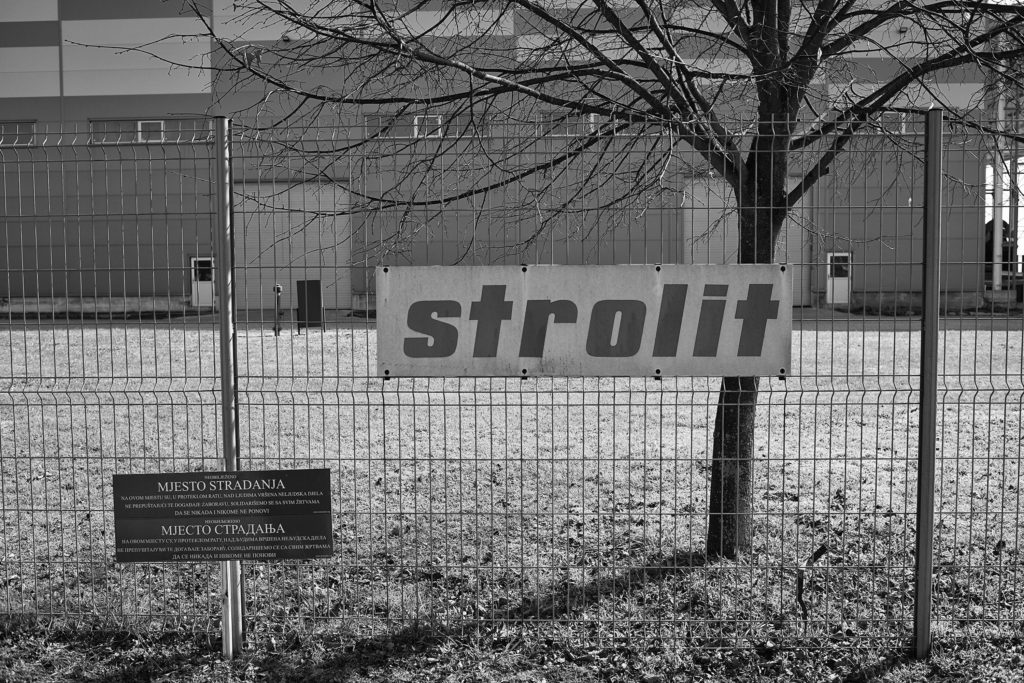 The impossibility of physically marking sites

The places we visit and mark are treated variously within their communities. Some, such as schools, culture centres and the like, have continued their existence and activities as if nothing worth mentioning had ever happened there, while others are dilapidated and left in ruins as if karma had caught up to them to make sure that what happened there marks them forever. What is common for all these locations is that they all lack an official form of memorialisation to remind and warn future generations about the suffering that took place there.

Marking and memorialising an event or a site, extending its life in remembrance beyond personal and directly conveyed memories can be done in various ways: physically in situ, artistically, digitally, etc. The most widespread form of memorialisation in our region consists of physical memorials: memorial plaques, monuments, fountains, crosses, turbeh mausoleums, etc.

The 111 unmarked sites of suffering that we have marked to date are mostly without physical memorials in situ.

The reasons for this are also various. In addition to a medley of obstructions, blockades, lack of political will and capacity, most often the reason is that the site is located within a community where the majority ethnic group committed crimes against the minority, and where memorials reminding them of the suffering of that minority threaten the majority collective truths and narratives. Besides, the majority community is often mostly focused on its own victims and uses this as an argument that the others should first mark sites of their crimes.

Why is this so? In our societies, victimisation is the most common social template when it comes to talking and thinking about the past. Any examination of the suffering of others is seen as threatening some notion of our own collective suffering and leads to defensiveness. The past is still used as the main driver for closing national ranks, while victimisation provides additional fuel that disables crossing imaginary national boundaries of memory and suffering.

What our experience over the past five years of working on the culture of memory has taught us is that the people we contact and communicate with have a strong urge to work on memory and there is usually no sense of threat felt at the individual level when it comes to others’ right to remembrance. The others are most often perceived as people who used to live with us, our neighbours and friends, and these personal links most often break through imposed boundaries. 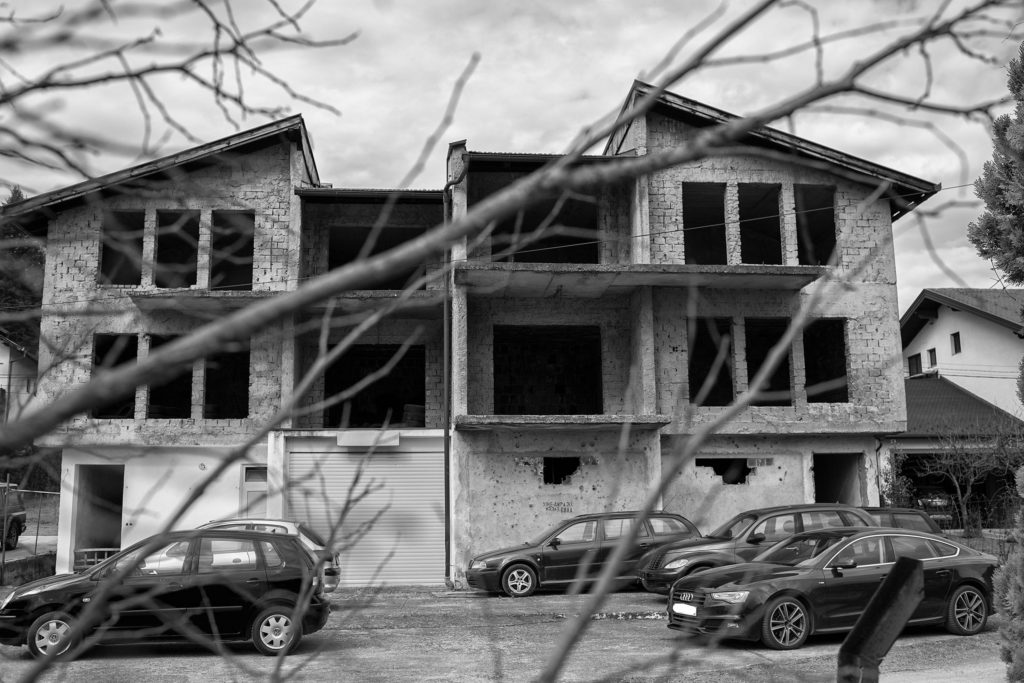 The Personal v. the Collective

Inequality when it comes to the right to remembrance for others arises somewhere along the way as the personal melds into the collective and this imbalance disables positive steps in the culture of memory and towards building trust among communities.

By crossing ethnic, national and other boundaries, and by having an inclusive approach to all sites of suffering, our initiative strives to initiate the necessary but difficult steps in local communities that we hope will ensure that the events and errors of the past are not repeated in the future.