Fourteenth action: Down the River Bosna 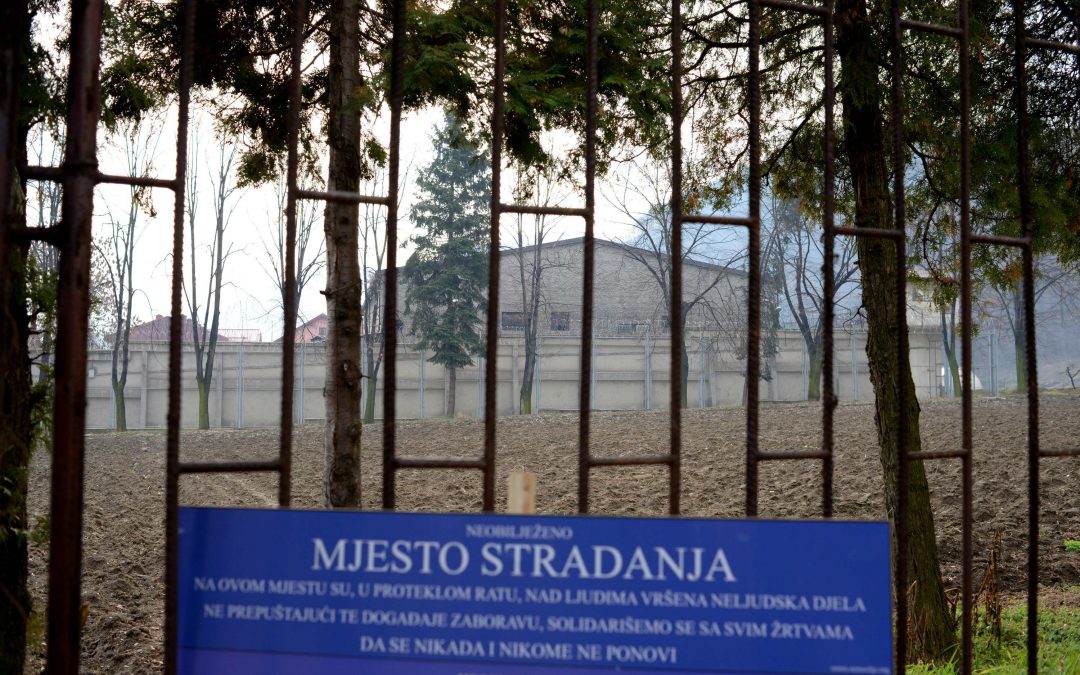 Serving (out) your sins

Though we had visited Zenica three years ago when we marked the Music School, this time we came to mark a site that is the main association for people when they think of this city – the Zenica Penitentiary (KPZ Zenica).

As opposed to most of the locations we have marked thus far which were sites that became detention facilities and sites of suffering overnight and without warning, KPZ Zenica was built by Austria-Hungary more than 120 years ago to be a site of suffering and a place where those that had broken royal, state and ideological norms would be made to suffer for their sins. It continued serving its onerous function in all the subsequent regimes and also during the past war; it is where Ivo Andrić, Gavrilo Princip, Alija Izetbegović, Vojislav Šešelj and thousands of other convicts served their sentences over the past 120 years and in this last war their ranks were joined by those of the “wrong” identity in this part of BiH.

In the first phase of the war in BiH, during 1992,  it was Serbs, and later in 1993 and 1994 it was Croats who were detained at KPZ Zenica as prisoners of war and were subjected to inhumane conditions, abuse and beatings. Serb and Croat civilians were detained together at the facility, as were soldiers of HVO and VRS captured on the battlefront. The facility was run by ARBiH units, the military police and prison services that continued to guard the prison even when it was used as a detention site for prisoners of war. In addition to prisoners of war, KPZ Zenica continued to house prisoners convicted of serious crimes who were serving their sentences based on criminal convictions.

While we were marking and photographing the prison building, we were approached by a passer-by who asked us what we were doing and after we explained why we were there, he directed us towards the Music School, saying it was also a site of detention. Although there is evidently awareness in Zenica about what happened at the Music School, there is still no memorial to commemorate what happened there in the past war. 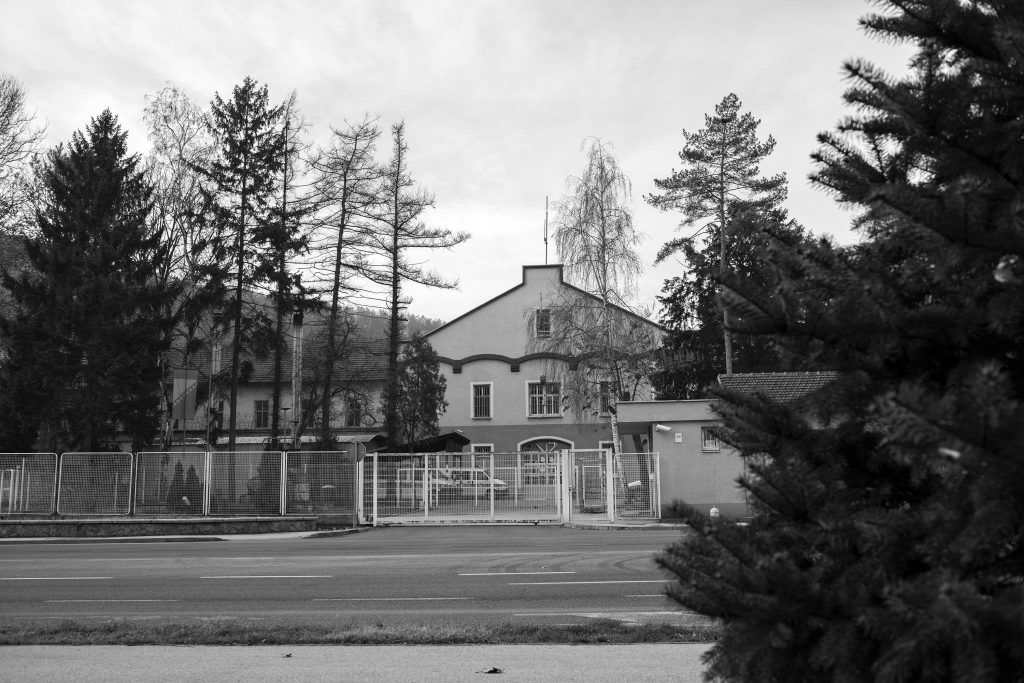 If you follow the river Bosna downstream from Zenica, you will find Žepče, a small town that was caught in the middle of the war in 1993 when the Croat Defence Council, though completely surrounded by the Army of RBiH, managed to take control of the wider Žepče area with help from the Army of Republika Srpska. We came to Žepče at the invitation of Ekrem Nadžak who is from there and who had spent four months in detention facilities in the Žepče area.

Ekrem contacted us through our social media and asked us to include Žepče in one of our actions so as to encourage his local community to mark its unmarked sites of suffering. Speaking with Ekrem, we found out the distressing details of what happened in the facilities where he was imprisoned. He told us that he wanted his grandchildren to know that something happened there and that these sites should have memorials to warn future generations and make sure the things that happened to his generation are not repeated.

The first site we marked in Žepče was the Nova trgovina silos at the very entrance to the town from the M17 road. In 1993 and 1994, this building was the site of detention for Bosniaks from Žepče and the prisoners were subjected to harsh and inhumane conditions, forced labour, abuse and beatings. The facility was run by HVO units.

Apart from the Silos, we also marked three school buildings in Žepče that were used as sites of detention in 1993. Children’s play and laughter were replaced with barbed wire and Kalashnikovs, and unlawfully and forcibly detained people took the place of pupils. Today, the schools have resumed their original function and the children who attend them have no idea that anything ever happened there.

It is particularly interesting how the forcible transfers were organised, given that Žepče was completely surrounded by units of the Army of RBiH and of VRS. Namely, HVO units had an arrangement with VRS units so that Bosniak prisoners, more than 400 of them, were moved in a convoy across territories controlled by VRS to detention sites in Herzegovina where they were held until those facilities were disbanded in mid-1994, when the Washington Agreement was signed and HVO and ARBiH became allies again.

In Žepče, we also met with Edin Šišić, president of the Žepče Municipal Council, and told him about the mission of our initiative to mark unmarked sites of suffering. He told us about present relations between Croats and Bosniaks and that on 31 March the minority Bosniak community in Žepče commemorates the day when detention facilities were disbanded with a procession through the town and throwing roses into the Bosna river from the main bridge.

Mirza Maglić, president of the Žepče Prison Camp Survivors Association, also told us about his experiences and that none of the sites of suffering have been marked in a dignified manner, with no place for future generation to be reminded of what happened there.

We continued further down the Bosna river. At the very entrance to the city of Doboj, there is a monumental iron bridge. A strategically important crossing over the Bosna river, it is surrounded by fortifications dating back to the Second World War, while in this war it was the site where 13 Bosniaks from Jablanica near Maglaj were brought out to face a firing squad. The prisoners were brought to the bridge from the hangar of the former JNA barracks in Doboj. The detention facilities from which the prisoners were taken were under the control of the the Doboj Security Forces, the VRS and members of paramilitary formations active in the Doboj area at the time.

The victims were shot by firing squad and then thrown off the rusty iron bridge into the Bosna river. Two people survived the execution and later testified about this crime. No one has yet been convicted for the crime committed at this site. The trial against Paravac and others is ongoing before the Court of BiH and includes this and other crimes from the Doboj area. 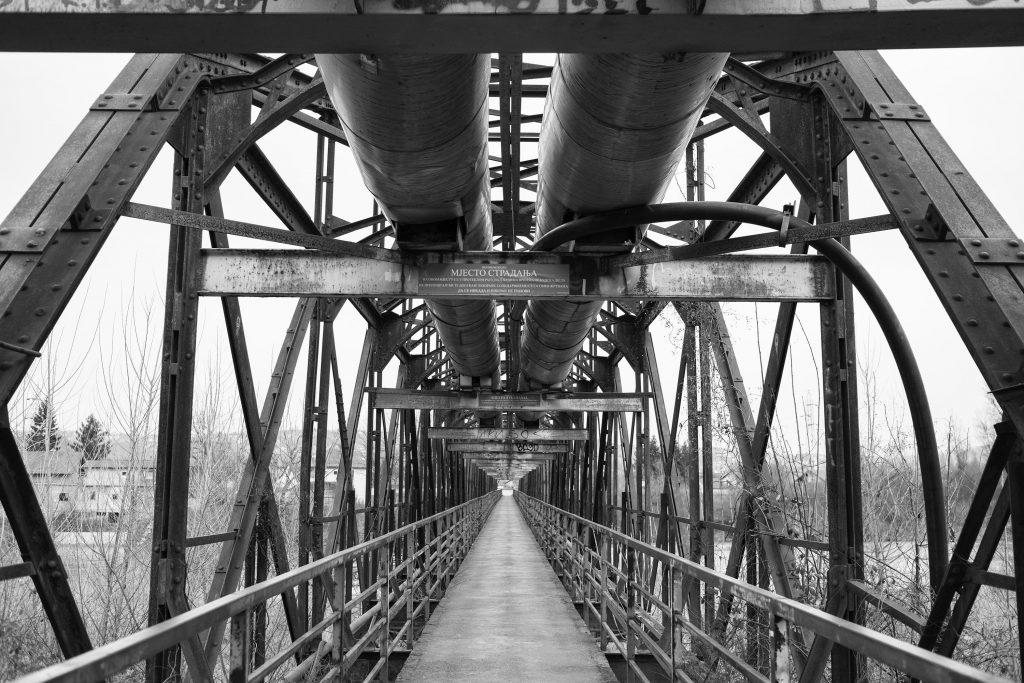 Pledge for the future

In marking these six sites of suffering in the Bosna river valley, we came to understand more of the complexity of wartime events. In such a small and nationally mixed area, three or more national armies unfortunately guaranteed that there would be detention facilities, that minorities would be persecuted and killed.

How we got there is a long and complex story, but there is little doubt that it was helped along by a lack of understanding about what had happened in the area in the years before. One-dimensional national narratives of suffering brought an atmosphere of victimisation and fear of others to a level that culminated in the war and suffering on all sides.

The current narratives on suffering do not offer us a perspective that is much different to what we were served in the 1990s, they are still built on fear and exclusion and cannot offer us a collective destiny different from what happened in the 1990s. By marking these locations that have been forgotten and neglected, we are trying to change the way we remember our suffering. An inclusive and non-selective approach to sites of suffering is our way to change how our communities remember the war and encourage them to make a pledge to future generations of their children and grandchildren. A pledge that will warn for years in the future those new and better generations about what happened and what can happen if we forget and if we leave memory and the future to the whims of time and anarchy.

The initiative to mark unmarked sites of suffering continues and will mark more sites.