Thirteenth action: What is memory to us!? 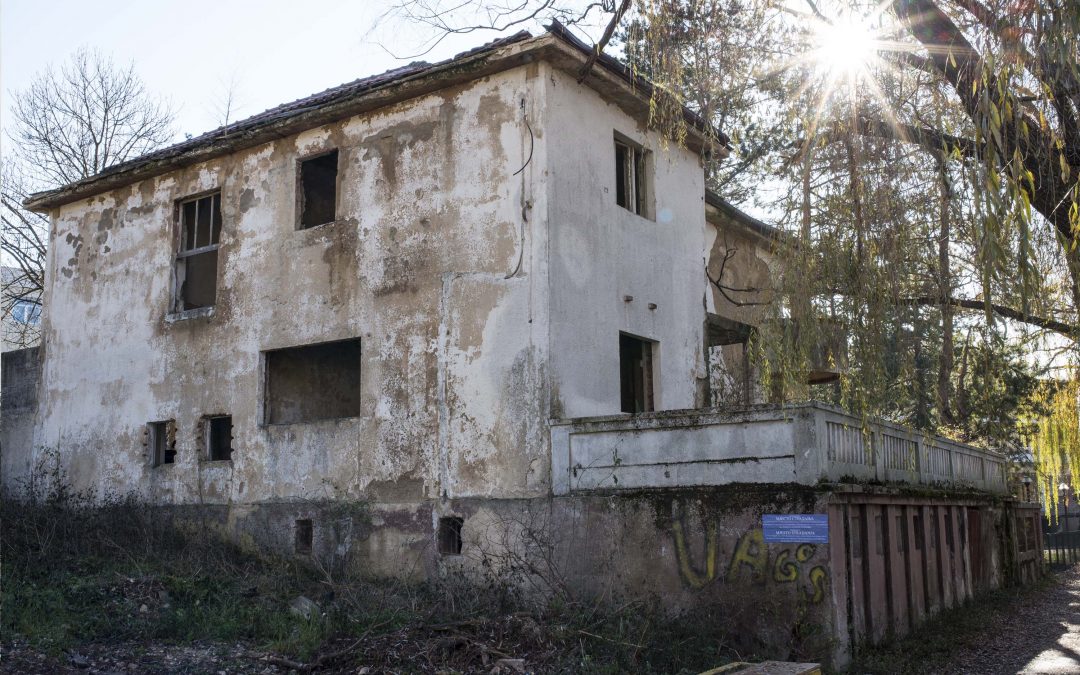 Our 13th action of marking unmarked sites of suffering is complete. In this period, we visited Livno, Ljubuški and Čapljina and in these local communities, we marked sites of killings and imprisonment. Most of these locations are shrouded in secrecy in their local communities, few are willing to talk about them because any foray out of the imposed matrix of silence is seen as an attack on “our” collective version of the truth. Memorials and other forms of remembrance are absent.

Crimes behind the battlefield

In the spring of 1992, when the Croat Defence Council and other Croat units successfully defended Livno from attacks by the Yugoslav National Army and the Army of Republika Srpska (VRS) and after the situation on the front lines calmed, steps were taken in the background in retaliation against those who were seen as belonging to the enemy ethnic group, in this case the Serbs. Serbs from the Livno area that made up a minority there were accused of preparing an uprising and were collectively captured and imprisoned in facilities in the Livno area. In 2016, when we visited Livno for the first time in connection with an action to mark sites, we marked the Ivan Goran Kovačić Primary School that served as one such site of imprisonment in 1992.

This time, the first site we marked in Livno was the pit near the village of Zastinje on Bašajkovac Hill near Livno. At this site, 13 Serbs were killed and thrown into the pit, having been brought there from the Ivan Goran Kovačić Primary School where they had been held captive. Remains of the victims were exhumed in 1999 by the Republika Srpska Operative Team for Missing Persons. No one has yet been held responsible for the crime committed at this site. 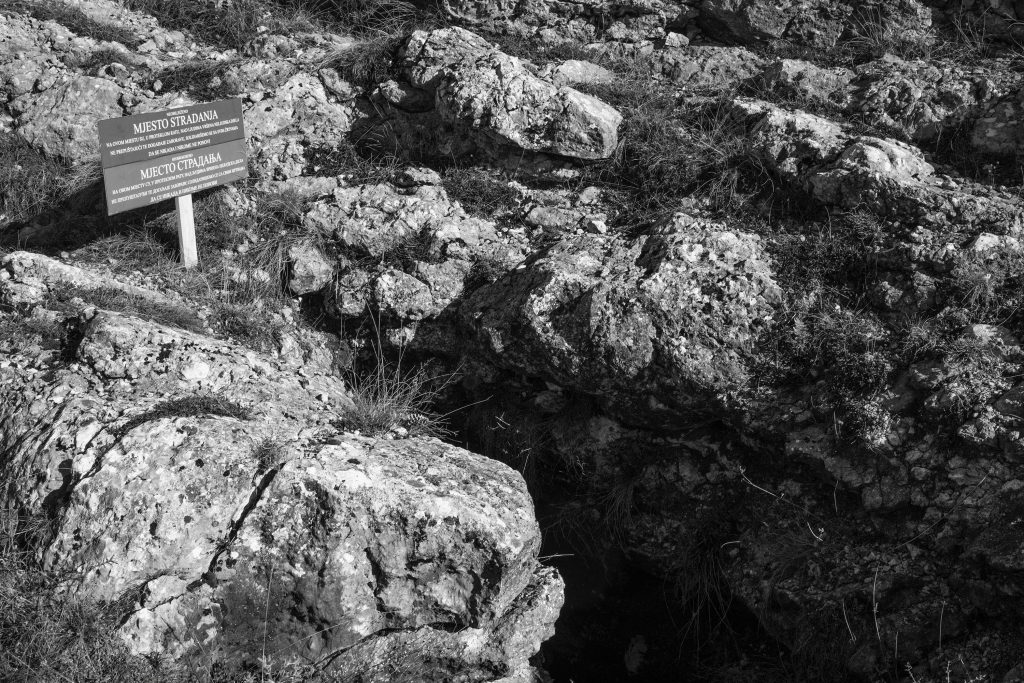 When in 1993, widespread conflict began between the Croat Defence Council (HVO) made up mostly of Croats and the Army of the Republic of Bosnia and Herzegovina (ARBiH) made up mostly of Bosniaks, this upset the relations between Bosniaks and Croats in Livno that had been formed on the basis of their joint sense of being threatened by Serb military formations.

At that time, the Bosniaks of Livno participated in its defence as soldiers of the Croat Defence Council and held one of the six sectors of the Livno battlefield under their control. With the development of hostilities between HVO and ARBiH, distrust towards Bosniaks in the Livno area grew and ultimately, on 21 July 1993, the local HVO command decided to disarm Bosniak HVO members. The story did not end, however, with their disarming. Bosniaks from the Livno area were then collectively imprisoned, both former members of HVO and civilians. In this phase of the war, one of the sites of imprisonment was the Ivan Goran Kovačić Primary School that we marked in 2016. In addition to the school building, we also marked the locations of other imprisonment sites:  the Dalibor Perković Dali Sports Hall, the Elektroprivreda garages, the former Committee Building in Livno, the Ivan Goran Kovačić Primary School buildings in the villages of Zabrišće and Orguz. All of these sites, along with the Ivan Goran Kovačić Primary School and the police station were used in the summer and autumn of 1993, starting from 21 July 1993, as sites of imprisonment for Bosniaks from the Livno area. The prisoners were subjected to inhumane conditions, forced displacement and forced labour, abuse and beatings. Through communication with representatives of the local association of prison camp survivors “21st July”, we found out that no one has been criminally prosecuted for the crimes committed at these sites.

When in 1943, the poet Ivan Goran Kovačić was in Livno completing his famous poem “Jama” (“The Pit”), not even in his worst nightmares could he have imagined that similar things would be happening 45 years later. His artistic endeavour to memorialise the deaths of people who were killed at the start of the Second World War in this area and thrown into pits evidently did not do enough to deter new generations, because the pits were used again in this war and the schools bearing his name became prison facilities. 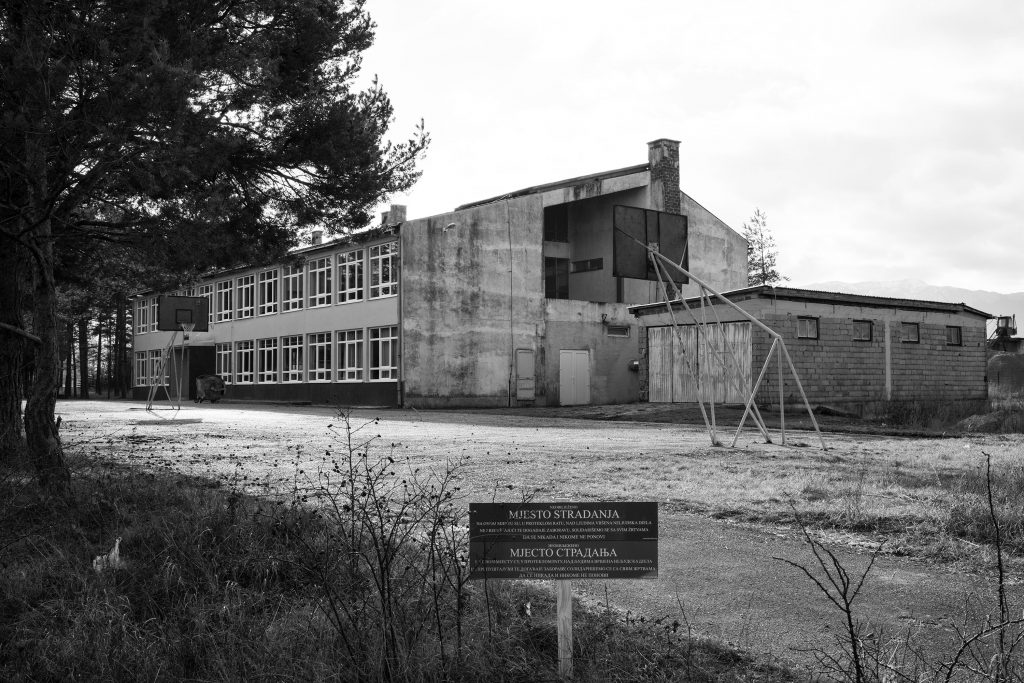 Sites of imprisonment in Western Herzegovina

In Ljubuški, we marked the former Military Prison that in 1993 served as a site of imprisonment for Bosniaks from the Herzegovina region. Prisoners were subjected to inhumane conditions and abuse. Many of the prisoners ended up in other infamous prison camps in Herzegovina, Heliodrom near mostar, Dretelj near Čapljina, etc. At the end of 1993, some of the prisoners from Livno were transferred to these other camps and were not released until 1994, after the signing of the Washington Agreement.

We had already visited Čapljina in 2017 when we marked the former JNA barracks in Dretelj, a place currently only known for the prison camp at the barracks. This time, we marked the site of the destroyed silos in Čapljina that in 1993 and 1994 served as a prison facility for Bosniaks. The prisoners were subjected to inhumane conditions, forced displacement and forced labour, abuse and beatings.

None of the above locations have yet been marked in a dignified manner and no memorials have been made to commemorate those who perished there. This action brought us to 100 unmarked sites of suffering that we have marked in 60 local communities in BiH where the right to remembrance is made impossible or difficult in various ways. 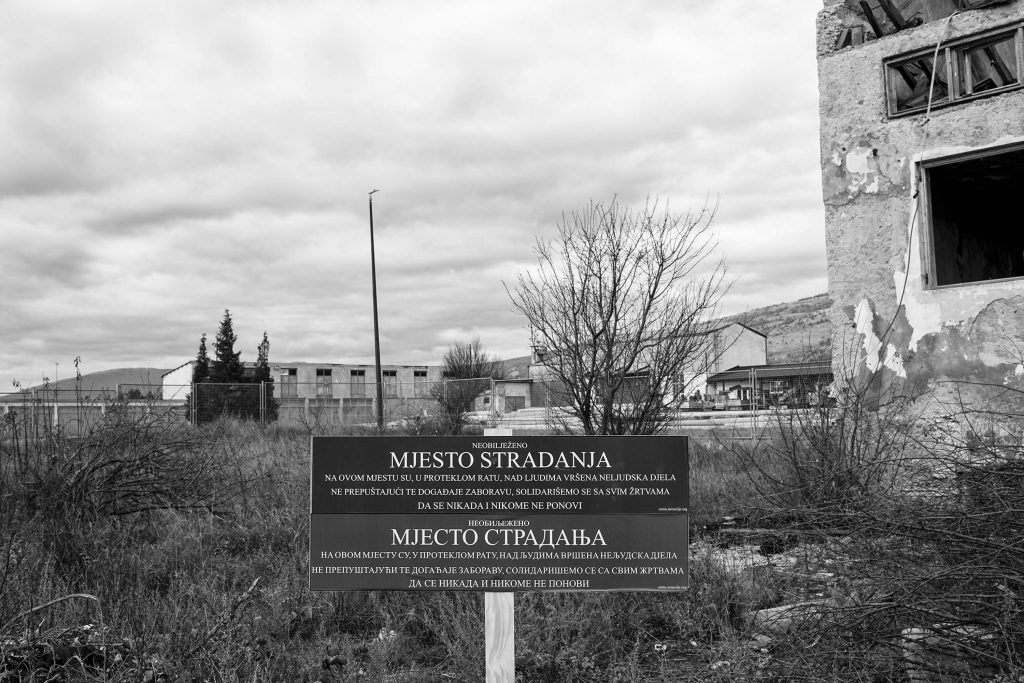 What is memory to us?

Over the past five years, through actions to mark unmarked sites of suffering, we have endeavoured to change attitudes towards memory of the war in BiH and the broader region. We have visited many different local communities, seen and heard about numerous painful and traumatic experiences, but in each of these communities we found a very similar approach to the recent wartime past.

In all these communities, the dominant national group selectively tailors the way we remember what happened in the 1990s. Memory is ethnically framed and tends towards a simplified perspective of victimisation that insists on a purely defensive character of the war where “we are the biggest and only victims”.

These one-dimensional ethnic memory frameworks usually leave no room for remembering the suffering of others, and voices coming from these minority circles are viewed as impinging on our memory. This selective culture of memory with its destructive aspects is used in our divided communities to preserve the current division of power. What is more, memory is also used to fuel current tensions that could develop into something much worse and more violent in the future. As such, selective and destructive remembrance of the war in our postwar traumatised society takes up an important position because everything happening in the public sphere is still measured against and justified by how we remember the war.

Anniversaries, commemorations, who was on what side, who is the aggressor and who the defender, who left and who stayed, who was fighting on the frontline and who was sheltering in the basement, who is the perpetrator and who is the victim, etc. – these are the terms and value constructions that dominate our public space, they form the basis of our society and its outlook. These social elements, given high significance in our society, are based on our distorted culture of memory. 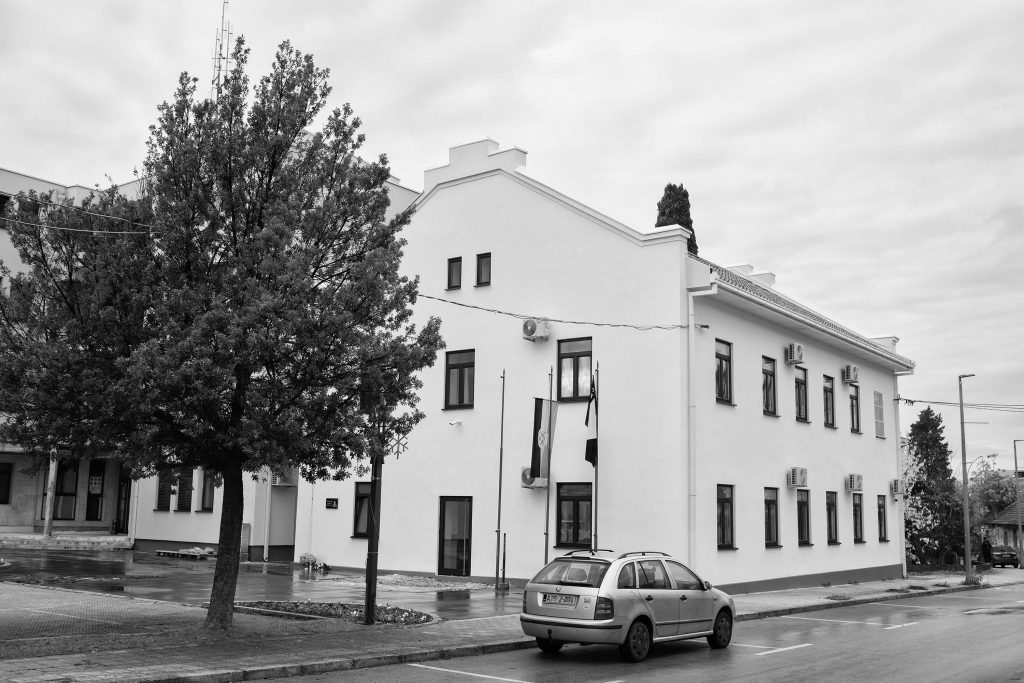 The path we take

It is very difficult to build a free and just society when its foundations are completely crooked. The way to put these foundations right is not easy, and there is no simple and ready recipe for it, but we are certain that the path to correcting these foundations is paved with an inclusive and non-selective approach to what happened in the past. This is what we are trying to do.
Action after action, we too have changed, we have progressed and developed our technical and human capacities. In addition to this, the way people approach us has also changed. Initially, the main feedback we got from people was sheer denial without any explanation, but after our 13th action, in addition to numerous comments of support, the predominant feedback is something called whataboutism, where people refer back to sites where the victims were from their ethnic group. Whataboutism is most often seen as being negative, where a difficult and complex issue is met with counter-questions to avoid dealing with the primary difficult problem.

In our context, however, whataboutism can be seen as a step forward in the culture of memory. The focus has shifted from negating victims as entirely destructive to seeking justice for victims belonging to one’s own group. This approach, as selective, one-directional and ethnically framed as it may be, is still a somewhat legitimate position and shows progress in our society because at least it seeks some limited degree of justice.

And so, we carry on, both on social networks and with marking other unmarked sites of suffering.

video from the action: