Activists mark sites of suffering in Central Bosnia and around Sarajevo 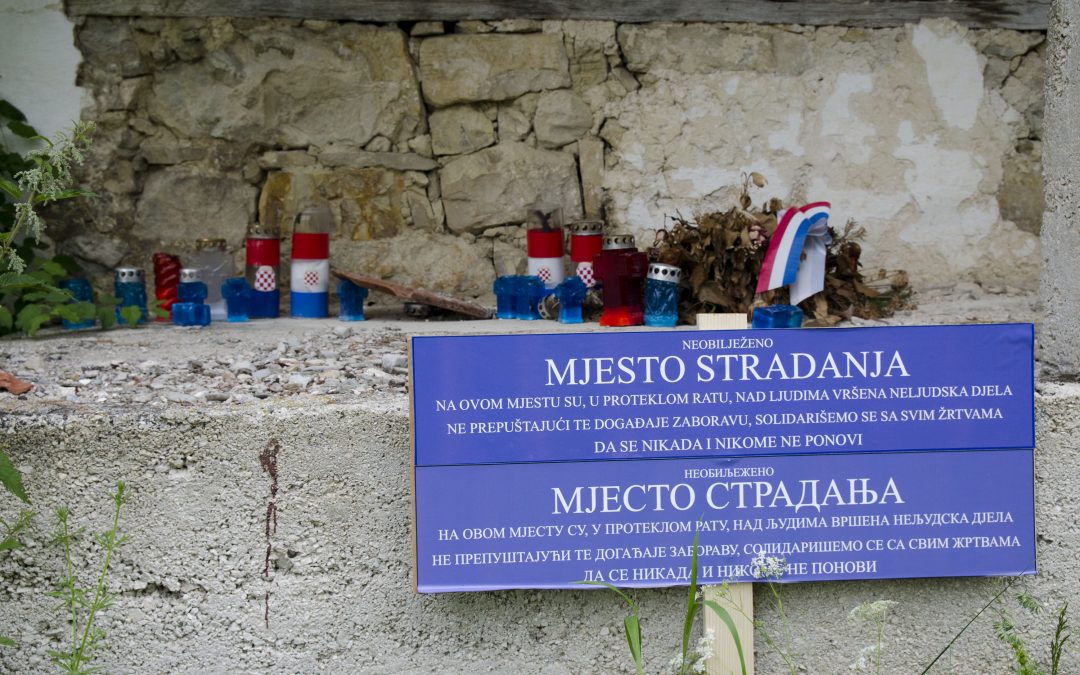 With the support of the Centre for Nonviolent Action, in June 2020, a group of activists continued their activities to mark unmarked sites of suffering in Bosnia and Herzegovina. Five sites were marked: Hotel Igman and Hotel Maršal, Bilivode near Zenica, Miletići near Travnik and the site of the attack against the Tuzla Convoy of Salvation near Novi Travnik.

It has been 25 years since the last war in Bosnia and Herzegovina, and almost every town still has many unmarked sites of atrocities (cultural centres, schools, farms and forest estates, police stations, hotels, etc.). Most of these buildings have been reconstructed since the war and returned to their original purpose, but they were never marked as sites of atrocities. With the support of the Centre for Nonviolent Action Sarajevo-Belgrade, activists from Bosnia and Herzegovina have been marking unmarked sites of suffering for the past five years in an effort to point out the importance of recognising the suffering and pain of others and building a constructive culture of memory about the painful past.

Sites related to the Tuzla Convoy of Salvation have remained unmarked sites of suffering to this day. This humanitarian aid convoy was made up of a few hundred trucks, it was seven kilometres long and went from Split, through Gornji Vakuf, to Tuzla. The convoy was stopped on 10 June 1993 at a barricade set up by a large group of Croat civilians and soldiers in Rankovići, north of Novi Travnik. Eight drivers were shot, the vehicles were seized and the convoy was looted by civilians and soldiers. The convoy was stopped again by a group of local residents at the Dubravica checkpoint near Vitez. The ICTY found that the groups that stopped the convoy were under the control of the HVO, primarily Dario Kordić and Tihomir Blaškić. The remains of three people killed after the convoy was stopped have still not been found. According to media reports, the Prosecutor’s Office of BiH is conducting an investigation into the attacks against the convoy.

When we were marking this site, we were joined by members of the Foundation “Truth, Justice, Reconciliation” from Tuzla who have been investigating this case for years and advocating for its prosecution.

“For us from Tuzla, it is important that the site of the attack against the convoy is marked, and the particularity of this crime is that soldiers were joined by the civilian population,” said Sinan Alić, president of the Foundation “Truth, Justice, Reconciliation” from Tuzla, adding that the case has been referred to various prosecutor’s offices, but no concrete action has been taken to prosecute it. Alić points out that the attack took place in an HVO-controlled area where Marinko Jurčević was the responsible military prosecutor and that after the war, he was a chief prosecutor at the Prosecutor’s Office of BiH. 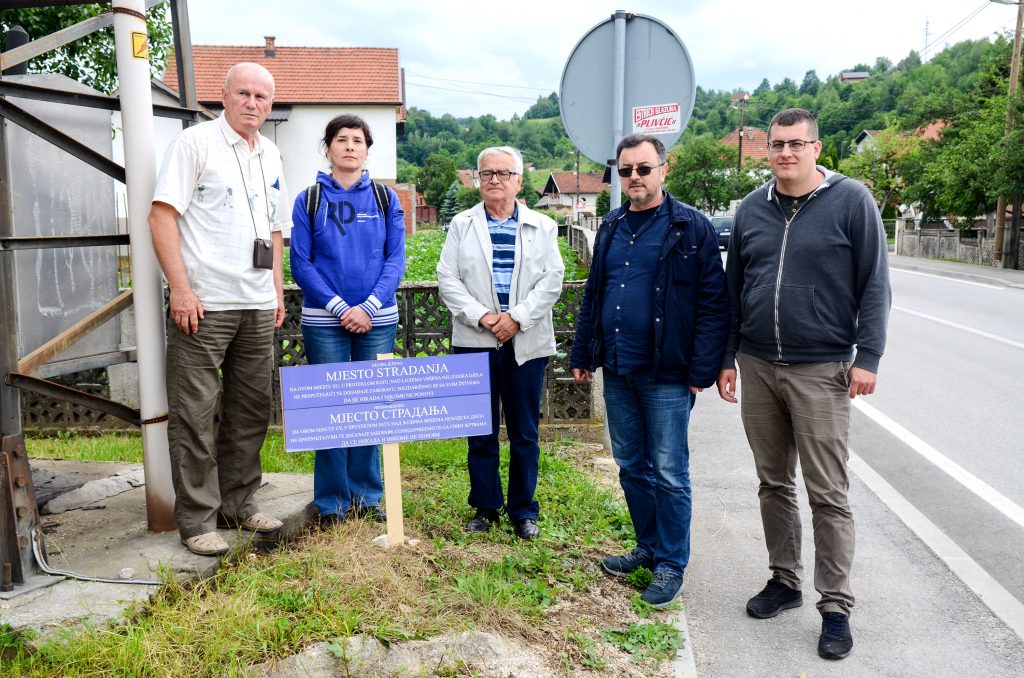 Bilivode (Zenica) During the armed conflict between the Army of RBiH and HVO in the Zenica area, four Croat civilians were killed at two locations in the village of Bilivode, in the period from 17 to 24 April 1993. The bodies of three of the civilians were then burned in a weekend house in the village of Bilivode. The Cantonal Court in Zenica tried Eniz Bašić for this crime and found him guilty in the first instance judgement, sentencing him to two years in prison, but he was acquitted in the second instance proceedings.

The sole remaining resident of Bilivode today is Katica Mijač. Some of the houses were reconstructed after the war, but the population never returned. Together with her family, Katica tried to mark the site where Ivo Kustura was killed.

“We took two candles each and some flowers and placed them at the site where he was killed. A bit later, the flowers and candles were trampled and no one has tried to mark the site since. Marking such sites is the humane thing to do. It means a lot that such sites are marked to show that someone was killed there, that there is some trace of that person placed either at the graveyard or anywhere else,” Katica Mijač tells us and adds that a plaque has been made for the killed civilians in Bilivode, but it has not been mounted yet for fear that it would be desecrated. 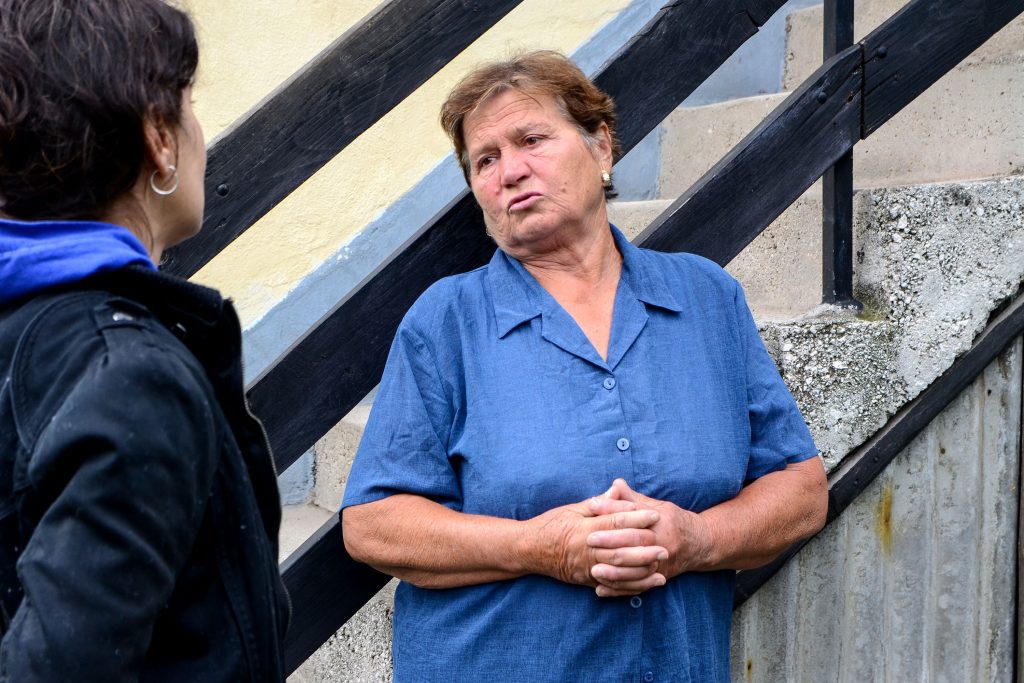 Miletići (Travnik) During the armed conflict between the Army of RBiH and HVO in the wider Central Bosnian region, the Croat village of Miletići was attacked on 24 April 1993. The village was attacked by units of foreign fighters, the so-called mujahideen, who killed five civilians, while 35 Croat civilians were captured and taken to the unit’s camp where they were beaten. Some of the Croat villagers sought help in the neighbouring Bosniak village, but the mujahideen detained three Bosniaks who had helped their Croat neighbours. The perpetrators were never punished and the ICTY considered details of the crime committed in Miletići in the cases against Enver Hadžihasanović and Amir Kubura, commanders of the Army of RBiH. The ICTY found that the attack was carried out by units of so-called mujahideen made up of foreign fighters over which Army of RBiH units did not have effective control. 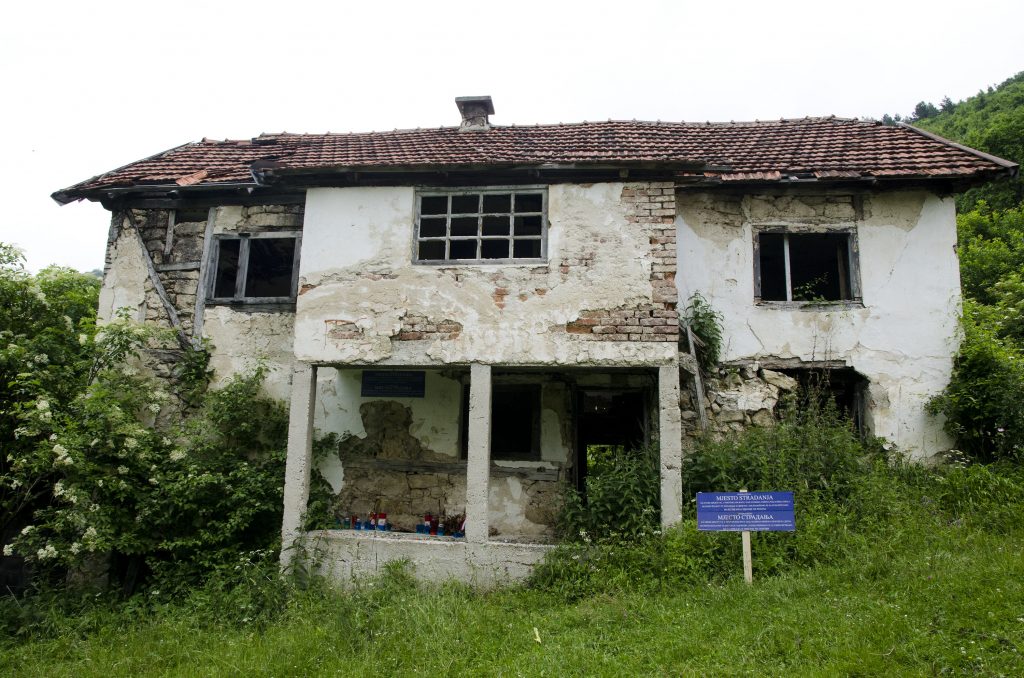 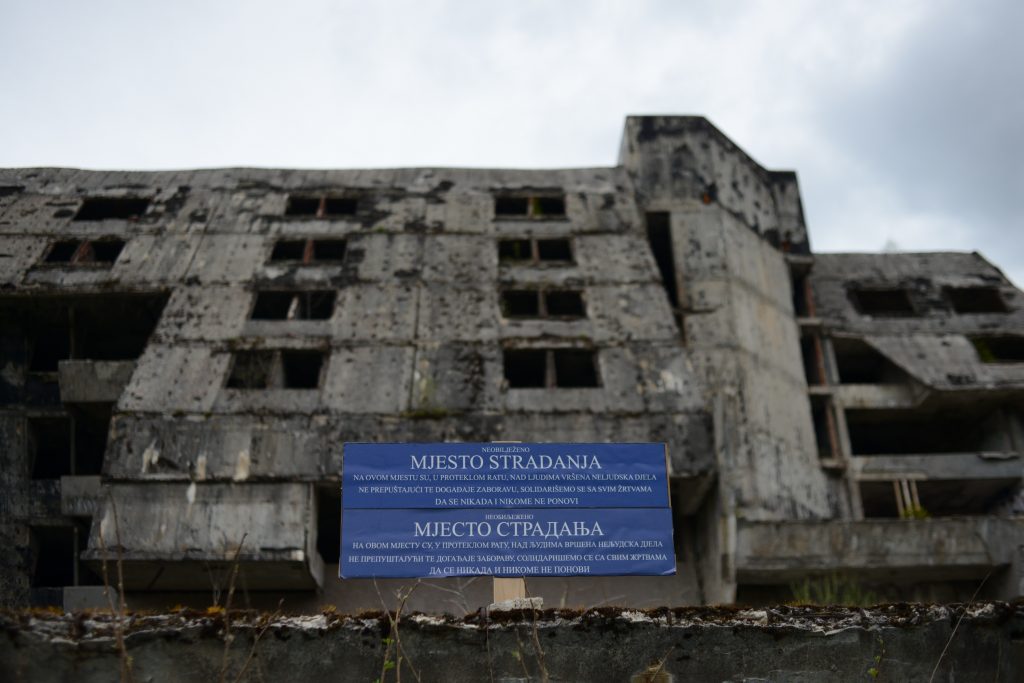 “Our aim is to encourage non-selective and appropriate marking of sites of suffering in order to highlight the right of all victims, their families and communities to dignified memory and thus contribute to building lasting peace in our region. We call on local authorities across Bosnia and Herzegovina to refrain from obstructing the marking of sites of suffering and instead get actively involved in marking them. Compassion and solidarity with all victims are our duty,” said Amer Delić, member of the CNA team.