Marked sites of Suffering in Doboj, Odžak and Orašje: “Solidarity with the victims and their families” 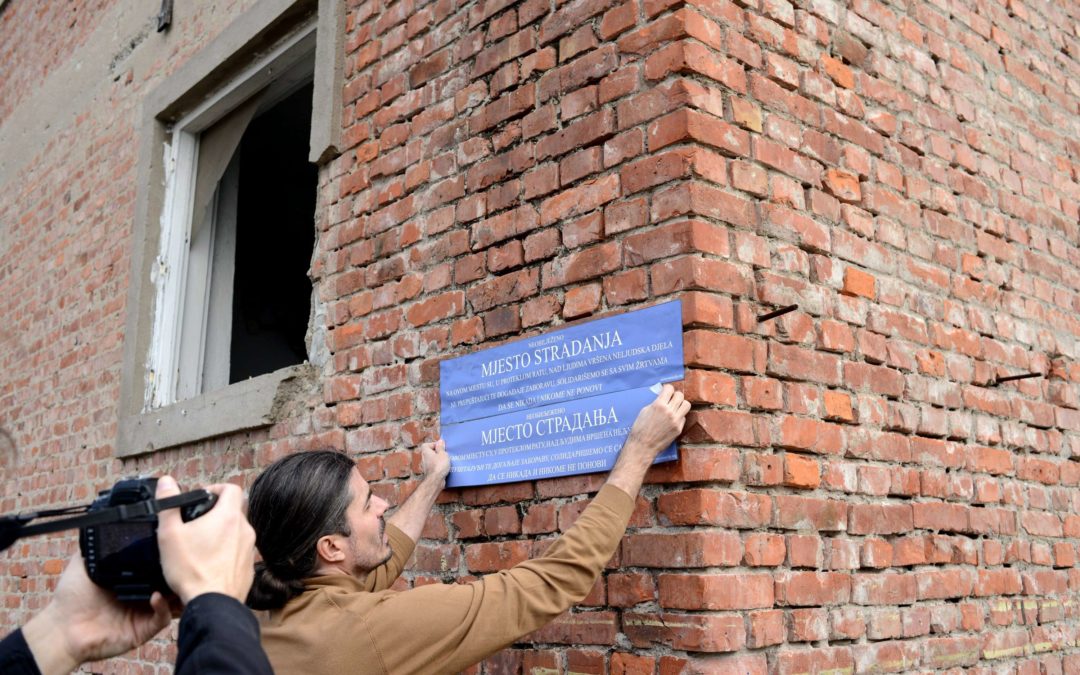 Five sites were marked as part of the fifteenth action to mark unmarked sites of suffering, carried out from 1 to 3 March 2021 in the area of Doboj, Odžak and Orašje. In Doboj the sites included the building of what used to be known as “Perčin disko” [a discotheque] and the warehouse of the former JNA barracks in Ševarlije; in Odžak the buildings of the Strolit foundry and the former Bratstvo i jedinstvo [Brotherhood and Unity] Primary School, today called the Vladimir Nazor Primary School; and in Orašje the Donja Mahala Primary School.

“With these actions, we want to let the public know that, above all, we have responsibility towards the victims and their families and we must not distance ourselves from these crimes. One of the most common ways of this distancing is neglecting the places where the crimes were committed and not marking them properly. By marking these sites, we want to remind people, and the public at large, that we too have responsibility. Both for seeking justice and making the perpetrators face justice, but also for ensuring that these sites are marked and not forgotten,” said Radomir Radević, member of the Centre for Nonviolent Action Sarajevo-Belgrade. 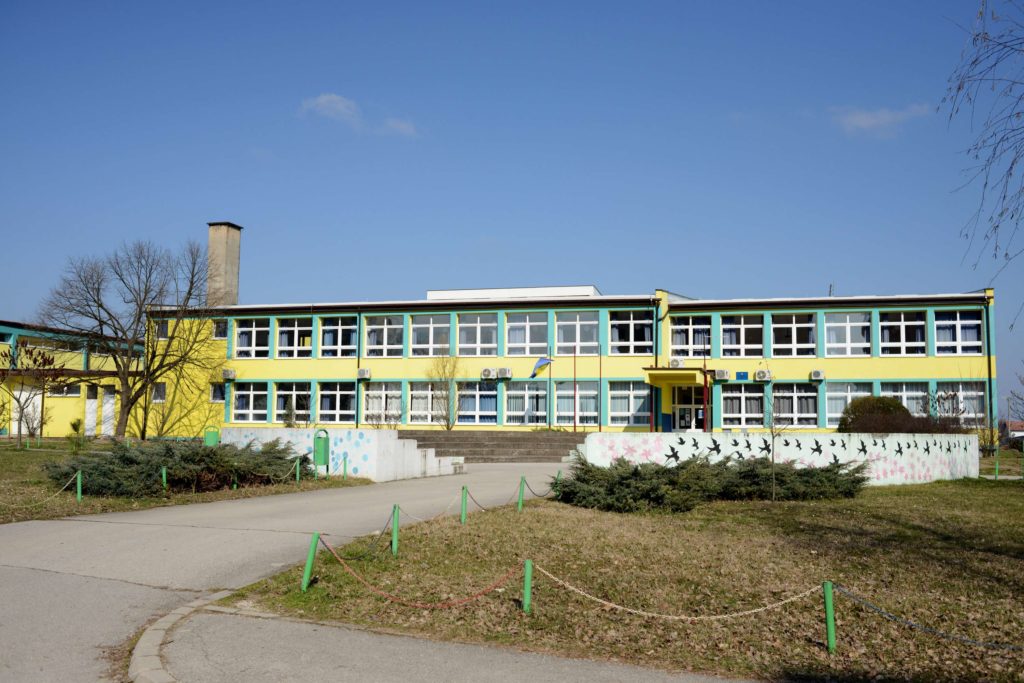 The “Perčin disko” building near Doboj (from May to September 1992) and the warehouse buildings of the former JNA barracks in Ševarlije near Doboj (from May 1992 to the end of 1993) were used as detention facilities for Bosniak civilians and were run by the RS Army, members of CSB Doboj MUP RS [RS Interior Ministry security forces] and members of paramilitary units. The prisoners were subjected to forced detention, forced labour, inhumane conditions and interrogations and abuse. Prisoners from “Perčin disko” were taken to the battlefront to serve as a living shield and at least 17 of them were killed.

The Court of BiH is currently trying the case of Borislav Paravac and others, where Borislav Paravac, Andrija Belošević and Milan Savić are accused of participating in a joint criminal endeavour directed against Bosniak and Croat civilians in the Doboj area. 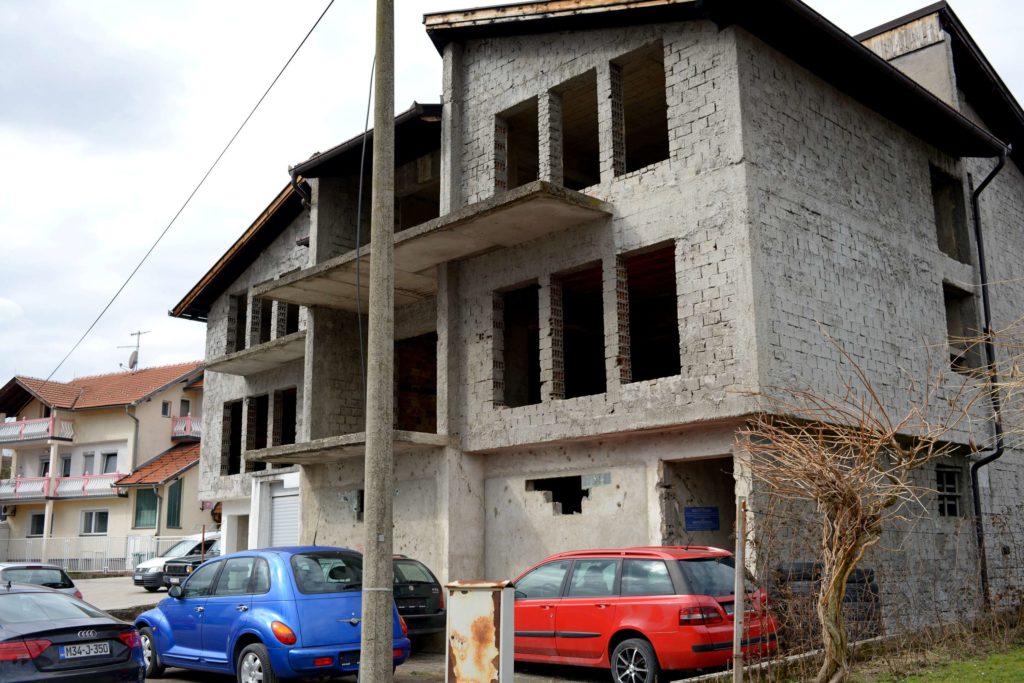 “I think it is important to mark sites of suffering and detention for a number of reasons. To warn younger populations and generations that war leads nowhere, but that there are rules of warfare and crimes should not be committed. I think it also brings some degree of satisfaction for the victims when this cannot be fully achieved through trials and verdicts against perpetrators, so that at least these sites are marked, and if they have any shame, walking by the plaque might make them look up and face reality,” said Vlado Dragojlović, a prison camp survivor and president of the prison camp survivors’ association from Modriča.

In the period from May to mid-July 1992, the Strolit foundry was run by the HVO Military Police as a detention facility for 100 to 200 Serb civilians, while the Primary School in Odžak, formerly called  Bratstvo i jedinstvo and today called Vladimir Nazor , was used to detain some 700 Serb men, women and children. The prisoners in these facilities were subjected to forced detention, forced labour, inhumane conditions and interrogations and abuse.

“If there was ever a hell on earth, it was the camp in Odžak. I survived similar hells in all other camps run by the HVO and HV. The only one comparable to Odžak was the Donja Mahala camp near Orašje. There was total starvation, horrific mental and physical abuse, and the most brutal ways of killing people,” Vlado Dragojlović testified. 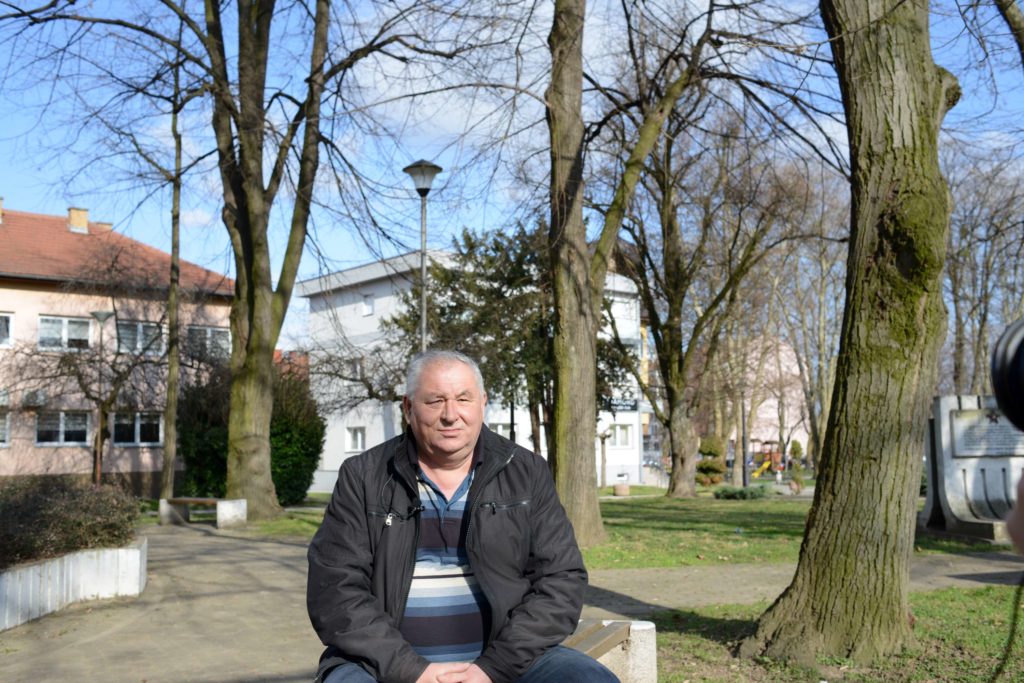 The Donja Mahala Primary School in Orašje was used from May to mid-July 1992 as a detention facility for Serb civilians run by the HVO Military Police. The prisoners were subjected to forced detention, forced labour, inhumane conditions and interrogations and abuse. The Court of BiH convicted Mato Baotić for these crimes and sentenced him to 13 years in prison. Another ten people accused for the crimes committed in Orašje as members of command structures of the Croat Defence Council (HVO) and the military and civil police in Orašje are currently being tried.

“Prison camp survivors want justice, both the Serbs and probably all others. It would be very bad to continue the practice of not punishing and not prosecuting crimes and criminals, and even worse if we just go back to our old ways,” is the message conveyed by Vlado Dragojlović, a prison camp survivor.

A group of activists supported by the Centre for Nonviolent Action Sarajevo-Belgrade has been working for the past five years to mark these sites, express solidarity with the victims and their families, and point out the importance of appropriately marking all sites of suffering.

“Although sites of suffering are mentioned in the name of the action, it is really about solidarity with people, our neighbours, friends, acquaintances, people who were subjected to various forms of torture during the war. In this way, we want to show our solidarity with them. Our appeal is for not forgetting these things and doing everything we can to make sure they are never repeated,” said Nedžad Novalić from the Centre for Nonviolent Action Sarajevo-Belgrade.

This action brings the total number of sites of suffering we have marked to 111. A list of marked sites with information about crimes and prosecutions, as well as a map of the sites of suffering are available on our website onms.nenasilje.org.