Marked Sites of Suffering in Zvornik, Tuzla and Srebrenik: Fighting for the Right to Be Remembered 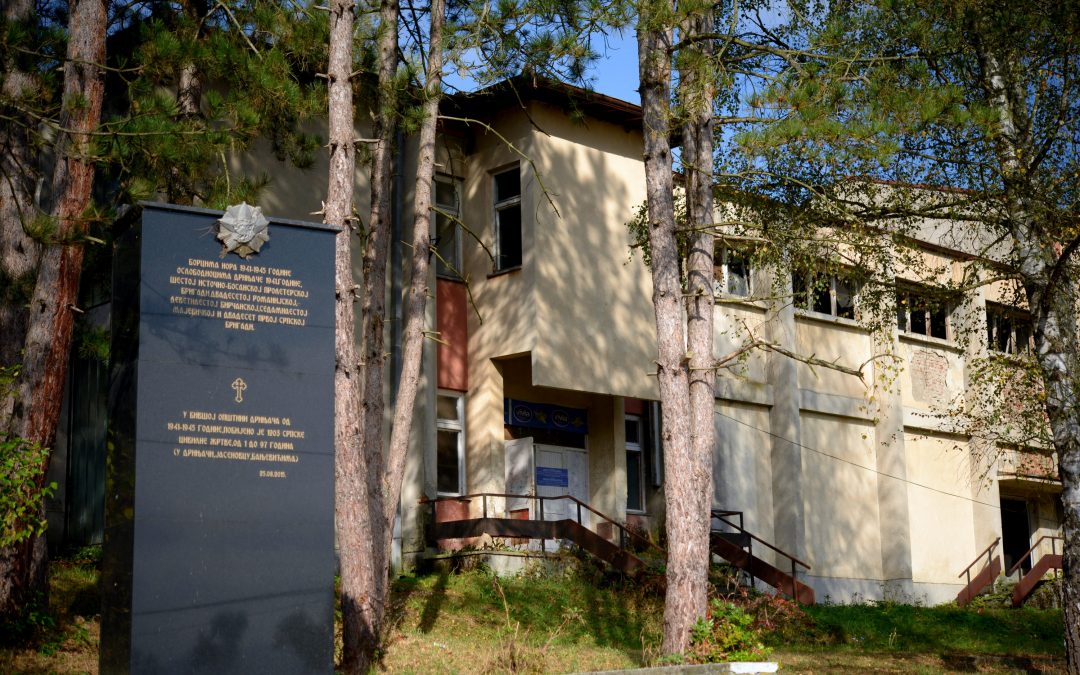 With the support of the Centre for Nonviolent Action, in October 2020, a group of activists continued their activities to mark unmarked sites of suffering in Bosnia and Herzegovina. Five sites were marked:  Brčanska Malta in Tuzla, the Youth Centre and football club premises in Rapatnica near Srebrenik, the youth centres in Drinjača and Čelopek and “Rašidov han” in Snagovo near Zvornik.

“Unfortunately, in many cases we are dealing with a community that is a minority today and therefore not allowed to mark places where its members were detained, tortured or killed. With this activity, we want to point out such practices, found across Bosnia and Herzegovina and the region, we want to express our support and solidarity with all victims that have been struggling for years for their right to remembrance and we call on local authorities to enable and help these sites be marked,” said member of the group Tamara Zrnović.

Cultural Centres as Sites of Detention

Many of the locations that were sites of detention, torture or killing have been returned to their original function today and are being used as schools, courthouses, police stations, cultural centres, etc.

On the other hand, there are also buildings that are very hard to find today because they were razed to the ground after the war and replaced by new facilities. One such building that is no longer standing, but that served as a site of detention for dozens of civilians, is the Cultural Centre in Čelopek near Zvornik. From 29 May to 1 July 1992, the Cultural Centre in Čelopek was turned into a detention facility for 162 Bosniaks who were brought there from the village of Divič. The prisoners were maltreated and beaten daily and at least 27 people were killed. The facility was under the authority of the SJB Zvornik reserve police, TO Zvornik and the paramilitary unit “Žute ose”. After 1 July 1992, the prisoners were moved to the Batković camp near Bijeljina. 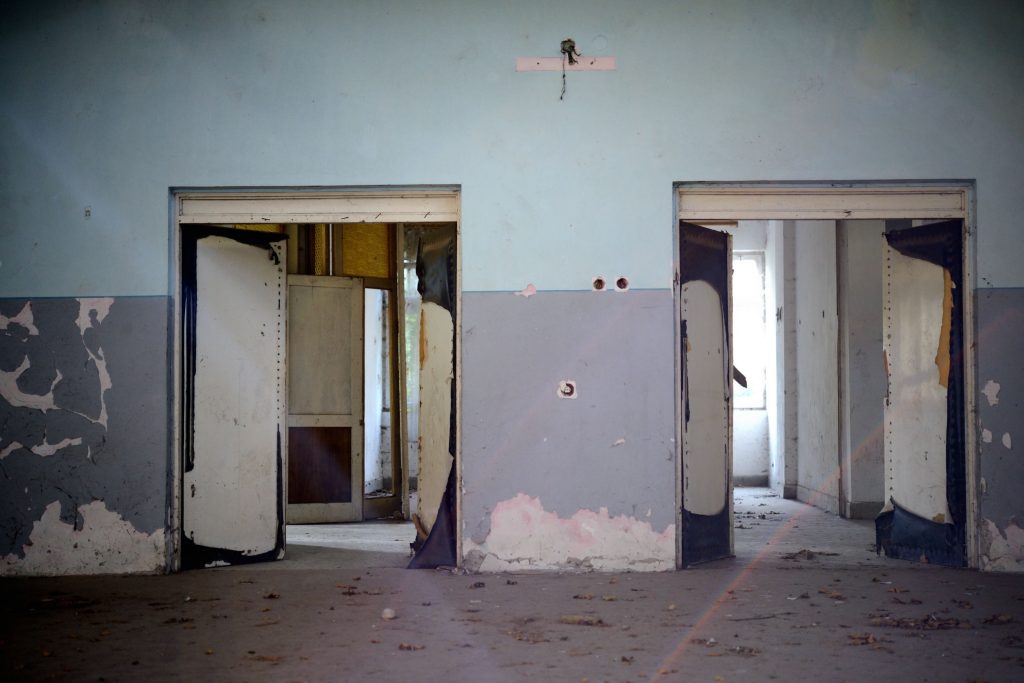 The Cultural Centre in Drinjača near Zvornik was also turned into a detention facility when in May 1992 more than 80 Bosniaks were imprisoned there. In the night between 30 and 31 May 1992, more than 80 prisoners held there were executed. The facility was run by VRS units. Today, the Cultural Centre in Drinjača is in ruins and is no longer used. Another unmarked site of detention and murder of Zvornik Bosniaks is a garage in Snagovo near Zvornik. On 29 April 1992, members of the Republika Srpska Army and Police, together with members of Serb paramilitary formations, captured a group of Bosniak civilians and took them to “Rašidov Han” in Snagovo. In a private garage, members of the paramilitary formations killed 36 people from among the captives, while three were wounded. A number of people have been convicted for crimes against the Bosniaks of Zvornik before the Hague Tribunal, the Court of BiH and courts in Serbia. The crimes committed in Snagovo are currently under investigation. 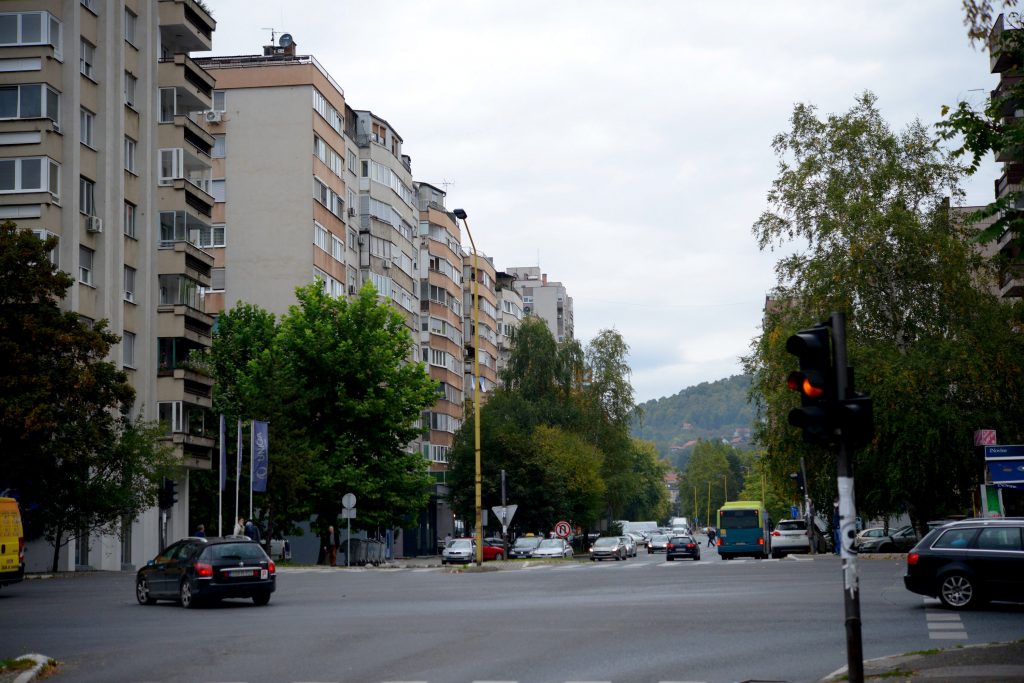 In the centre of Tuzla, activists marked the site at Brčanska malta. On 15 May 1995 at Brčanska malta, when a column of JNA soldiers and reservists was leaving the “Husinska buna” barracks, there was a skirmish between police and Territorial Defence (TO) units on the one side and members of the Yugoslav National Army (JNA) on the other. According to the RS Centre for Investigation of War Crimes, 54 soldiers were killed and 44 were wounded. On the other hand, according to the Truth, Justice, Reconciliation Foundation, three members of the Tuzla Police Station and 33 JNA soldiers from the column were killed.

Respect for All Victims

The Youth Centre in the village of Rapatnica and the local football club facilities were used from mid-May to mid-August 1992 as detention facilities for Serb civilians. The facilities were under the authority of the ARBiH Military Police and members of the so-called Hunting Company. The prisoners were abused and subjected to forced labour. The prisoners remained in Rapatnica until August 1992 when they were transferred to the prison in Tuzla. For these crimes, the Court of Bosnia and Herzegovina convicted a member of the so-called Hunting Company, Zurahid Mujčinović, sentencing him to 8 years in prison, as well as the Chief of Military Security of the Srebrenik Territorial Defence Municipal Headquarters, Ekrema Ibračevića, sentencing him to 3 years in prison.

On their visits to sites of suffering in Zvornik, Tuzla and Srebrenik, the activists were joined by Sinan Alić, president of the Truth, Justice, Reconciliation Foundation from Tuzla.

“I was glad to hear the news and be invited to participate. I didn’t know much in the beginning, but the very fact that some young people from Sarajevo, Zagreb, Belgrade and other places were coming to visit sites of suffering, whatever the nationality of the victims and of the perpetrators, struck me as important,” Alić said. He had also joined the activists in the field in April when they marked sites of suffering in Central Bosnia. 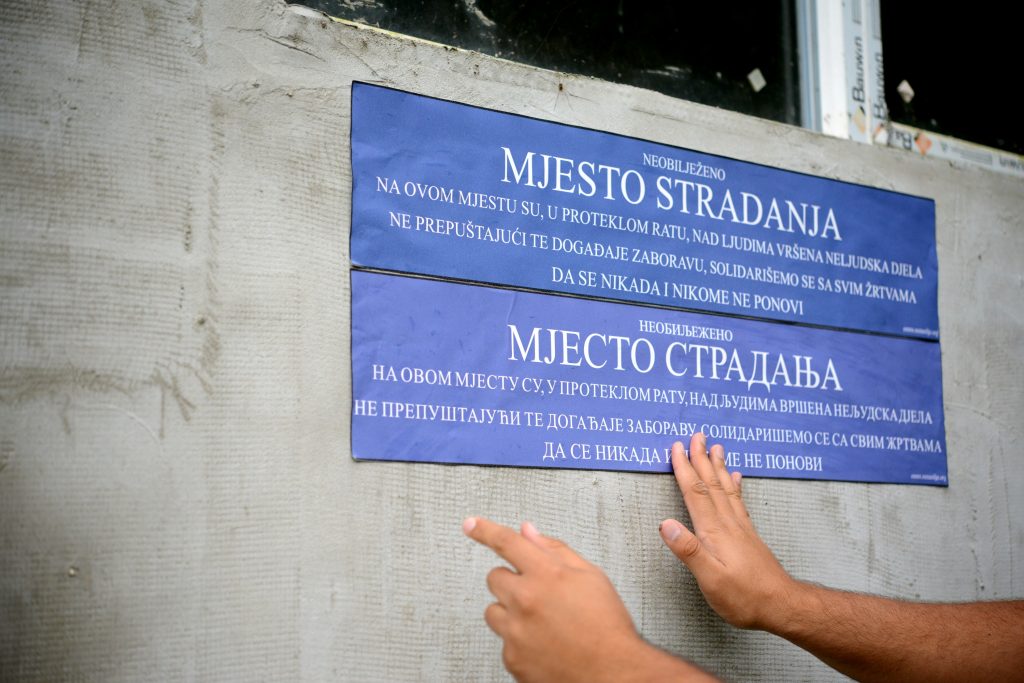