Sites of suffering marked in Zenica, Žepče and Doboj: I want my children to know what I’ve been through 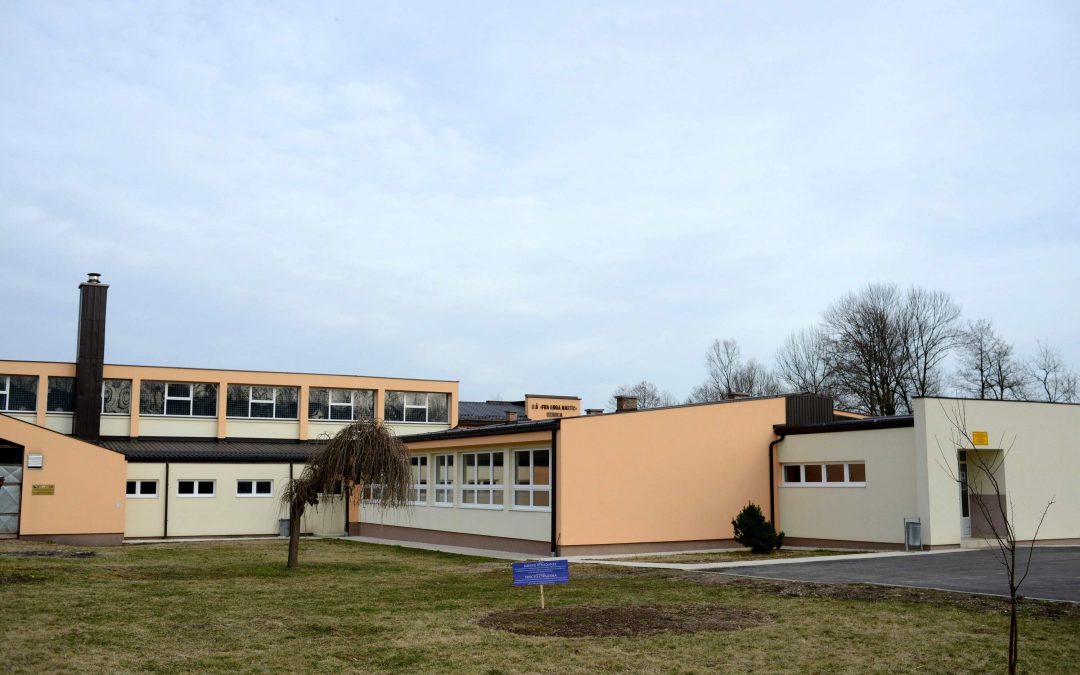 Four detention sites for Bosniaks of Žepče, the Iron Bridge in Doboj where 11 civilians were killed and the Zenica Penitentiary as the site of detention of civilians and soldiers were marked as sites of suffering. A broup of activists has been working for five years to mark such sites, express solidarity with victims and point out the importance of marking all sites of suffering appropriately.

“I had been following the actions to mark unmarked sites of suffering across Bosnia and Herzegovina for a long time when I sent them a request to come to Žepče, because no one is initiating any action here to mark the site of the prison camp,” said Ekrem Nadžak, a prison camp survivor who was held in various detention facilities in Žepče for four months in 1993. 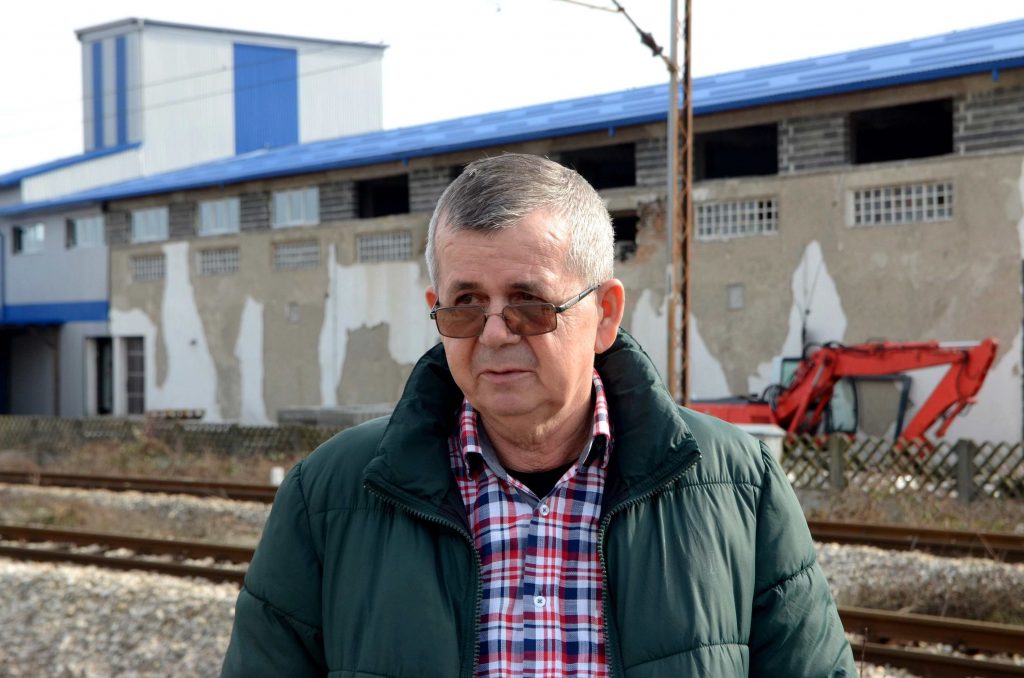 In cooperation with the Žepče Prison Camp Survivors Associations, our activists marked four sites in the area of Žepče that were used as detention facilities during the war.

“I happened to be in Žepče because I’d come from working abroad to visit my parents, but then the war started and I couldn’t leave. I was a civilian when I was taken prisoner, I was never a soldier. I went through various detention facilities, the school in Perkovići, the silos… Some of the prisoners, a few hundred of them were transferred from Žepče to camps in Herzegovina, but luckily I wasn’t,” Ekrem Nadžak adds and says some of the prisoners were killed and their remains have not yet been found. It was Ekrem Nadžak that contacted the team that has been working for the past five years to mark unmarked sites of suffering and told them of the need to mark such sites in Žepče.

In Žepče, the activists marked the former silos, the gym hall at the Žepče Primary School, the school building in the village of Ljubatovići and in Perkovići. From 26 June 1993 to 31 March 1994, these sites were under HVO control and were used to detain hundreds of Bosniaks from Žepče. The prisoners were kept in overcrowded rooms, subjecteded to inhumane conditions, forced displacement, interrogations, abuse and beatings. 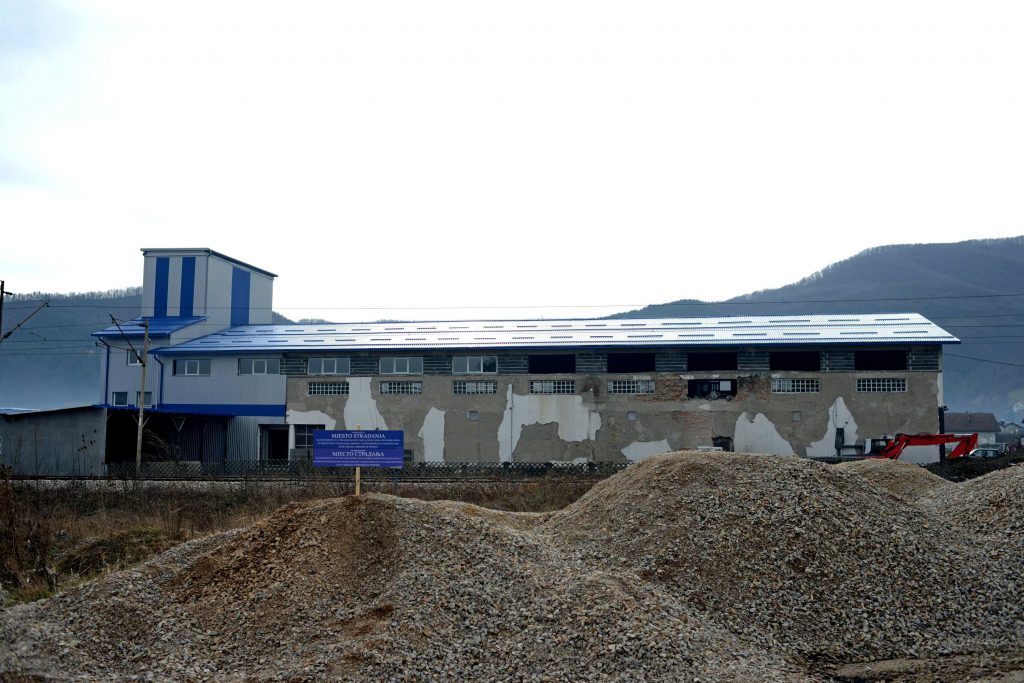 The Cantonal Court in Zenica convicted former member of the Croat Defence Council (HVO) Perica Adžić and sentenced him to four years in prison for war crimes against the wounded and prisoners of war committed at the Žepče Primary School. The Supreme Court of the Federation of BiH commuted his sentence for crimes against the wounded and infirm committed in Žepče in 1993 and sentenced him to two years and eight months in prison. At the Prison Camp Survivors Associations, they have high expectations of the “Žepče Group” case that is still at the investigation stage and is yet to make concrete steps forward. The Prosecutor’s Office of Bosnia and Herzegovina has confirmed to us that the case is under investigation.

“It was before the pandemic that we started asking around more about this case, because years have passed, some of the suspects have died in the meantime… The case was initiated by the Cantonal Prosecutor’s Office in Zenica, but it was then transferred to the Prosecutor’s Office of BiH and this was approved from the Hague. We will persevere in seeking justice,” said Mirza Maglić, president of the Žepče Prison Camp Survivors Association.

Apart form sites in Žepče, the activists also marked the Penitentiary in Zenica as a site of detention that was under the control of civilian authorities. From 1992 to 1995, the Penitentiary in Zenica was used as a site of detention for Croat and Serb civilians and soldiers. The prisoners were confined in harsh and inhumane conditions, abused and beaten. In previous actions, we had marked the Music School in Zenica as another detention site.

The Iron Bridge in Doboj is the site where 13 Bosniak civilians were executed one night in June 1992. Members of the RS Army and Security Forces (Cetar službi bezbjednosti, CSB Doboj MUP RS) and paramilitary formations captured residents of Jablanica near Maglaj and imprisoned them in military hangars at the former JNA barracks in Usora near Doboj, from where they were taken to the Iron Bridge. At the Iron Bridge over the Bosna river, 11 civilians were shot and two persons survived the firing squad. In 2007, the body of Ibrišim Begić was exhumed in Podnovlje. The bodies of Asim Bašić and Almir Bajrić were also found. The Prosecutor’s Office of BiH is conducting an investigation into the deaths of civilians from Jablanica near Maglaj as part of the case of Borislav Paravac et al which pertains to events in the Doboj region. 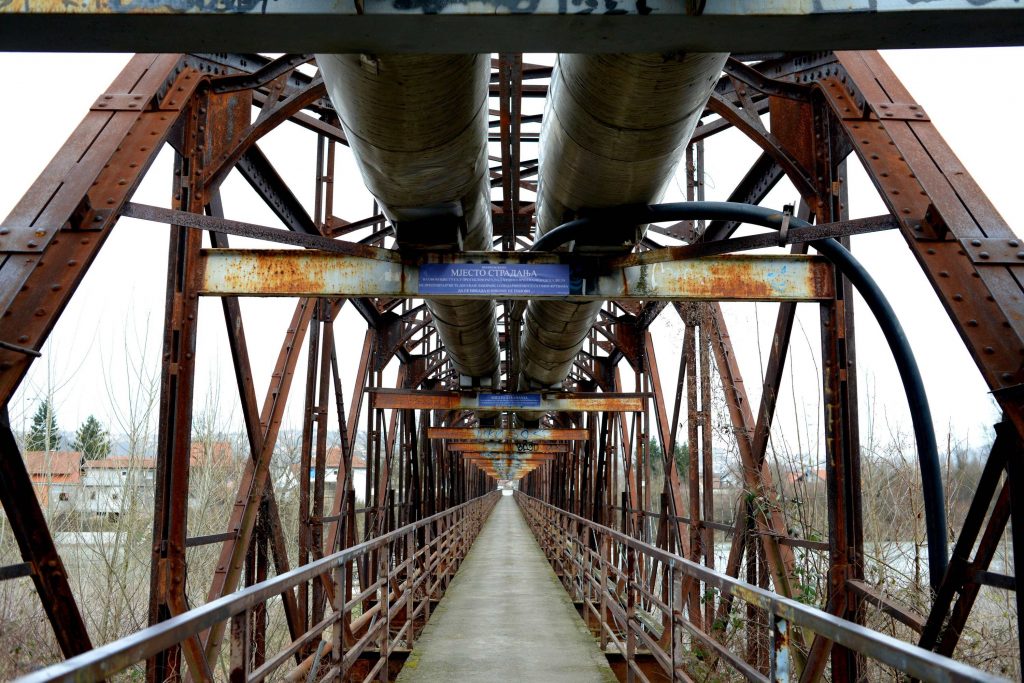 “Unfortunately, in many cases we are dealing with a community that is a minority today and therefore not allowed to mark places where its members were detained, tortured or killed. With this activity, we want to point out such practices, found across Bosnia and Herzegovina and the region, we want to express our support and solidarity with all victims that have been struggling for years for their right to remembrance and we call on local authorities to enable and help these sites be marked,” said member of the group Tamara Zrnović.

“Anyone who’s been in a prison camp knows what suffering it is, some suffered less, some more, I suffered quite a lot. It’s the same with them over there, on the other side, and on the third side. It would be good if us prison camp survivors were to talk to each other, air our grievances, no matter what side we’re from. When you have your own pain, you have no one to confide in, I can only talk to people who have felt the same. I feel like it would make it easier, if I could hear and see that others had suffered, so I would know I wasn’t alone. I hope to live to see that,” said Mirza Maglić, president of the Žepče Prison Camp Survivors Association.

Every year, the Žepče Prison Camp Survivors Association marks 31 March as the day when prison facilities were liberated. A procession walks through the city and roses are thrown into the Bosna river to honour those killed, but also to appeal for marking these sites of detention.

“No site has been marked, it is not known, my children and grandchildren live abroad and when they come here, I want there to be some sign that what I tell them about what I went through is true,” said Ekrem Nadžak.