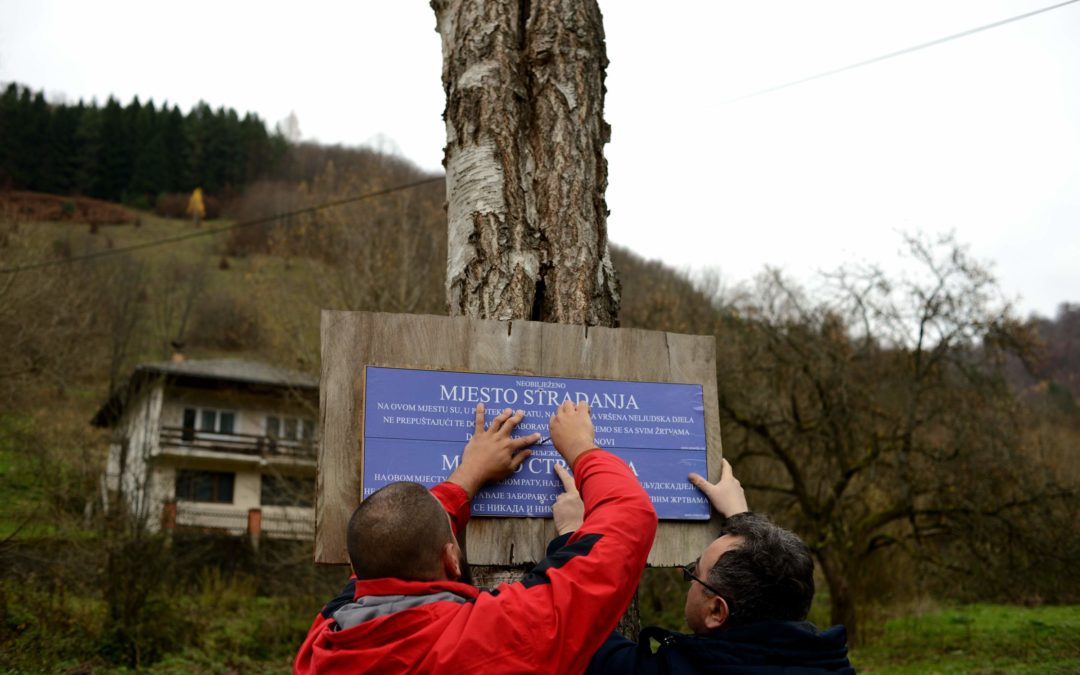 During the war in Bosnia and Herzegovina, cultural centres, schools, courthouses, police stations and other locations were used as sites of detention, torture, inhuman treatment and killing, but after the war they were not marked as sites of suffering.

With our actions to mark unmarked sites of suffering, we want to show solidarity with victims across the dividing lines in Bosnian-Herzegovinian society and expose the unjust and selective approach to victims. In local communities across BiH, there are sites of suffering that are usually associated with victims ‘from the other side’ and have been relinquished to oblivion, even denial, though there are trials and facts that have been established as beyond doubt. Some of these sites are seen as shameful and associated with the burden of collective guilt. Making these sites visible and information about the events that took place there available is a way to make sure they are not forgotten.

The Balkan Investigative Reporting Network in BiH did a report on ‘Marking Unmarked Sites of Suffering’ for TV Justice.

A group of activists from Bosnia and Herzegovina, supported by the Centre for Nonviolent Action, have been working for six years to mark these sites.